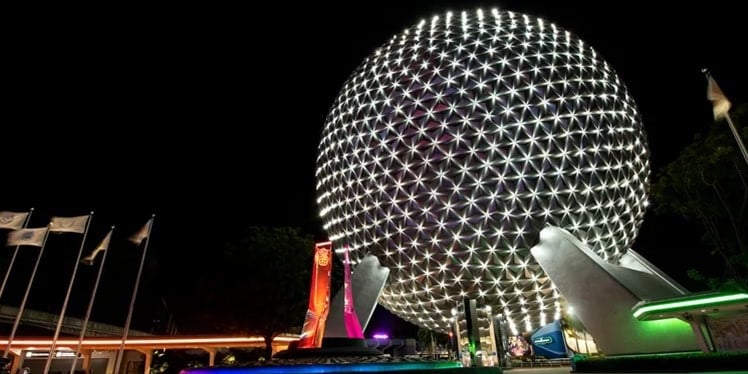 While there are many activities and multiple Parks to spend your time (and money) in at the Walt Disney World Resort, none of the four parks or two water parks compare to the uniqueness and imaginativeness of EPCOT.

EPCOT is the epicenter of Walt Disney’s vision for tomorrow. Check out Spaceship Earth and then head over for some thrills on Mission: SPACE and Test Track. Enjoy the World Showcase and enjoy some incredible rides on Frozen Ever After, Gran Fiesta Tour Starring The Three Caballeros, and Remy’Ratatouille Adventure. Stop into the Imagination Institute to catch up with Figment in Journey Into Imagination and then hit both Soarin’ Over The World and Living with the Land inside The Land Pavillion.

Stop in to see Nemo & friends and then relax and enjoy the Disney & Pixar Short Film Festival. Also, don’t forget to check out the all-new nighttime spectacular, Harmonious, which is playing every night at EPCOT.

Unfortunately, this Park and all of its attractions will be unavailable a few hours early today, according to the Walt Disney World website and the My Disney Experience app.

EPCOT will be closing at 8 p.m. Experiences, rides, and attractions located in World Showcase will close at 6 p.m. We are not sure what the reason for the closure is at this time.

For those wishing to ride Disney’s newest roller coaster, Guardians of the Galaxy: Cosmic Rewind, you will have to try again tomorrow. This new attraction was highly-anticipated and so far has proven to be a crowd-pleaser. The ride features what Disney calls an “omnicoaster” design.

Are you visiting EPCOT today?