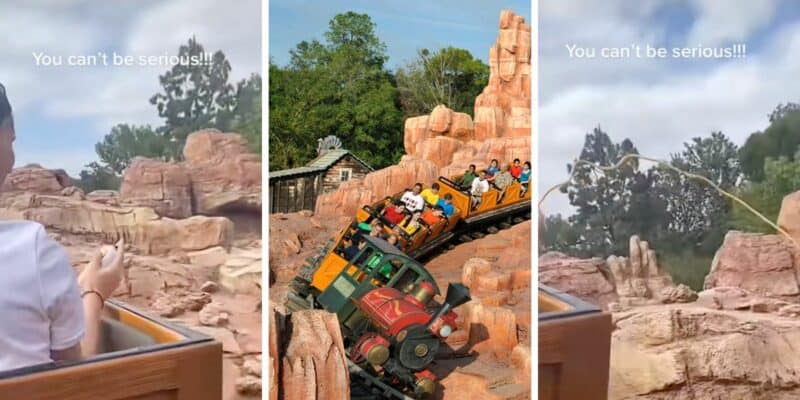 On a recent visit to Disneyland’s Big Thunder Mountain, one Guest was a bit disrespectful trying to make a funny video for social media and sprayed others with Cheez-Whiz.

For starters, Big Thunder Mountain Railroad is an adrenaline-filled coaster located in Walt Disney World and Disneyland Resort that takes Guests through the wild wild west. Known as the “Wildest Ride in the Wilderness”, Disneyland describes this coaster as:

Well, on a recent trip to Disneyland, Guests were in for a rude awakening while on Big Thunder Mountain after a Guest decided to pull Cheez-Whiz out of their belongings and spray it into the air while on the moving ride.

In the video, posted by @_disney._stuff_, you can hear the Guest laughing right before saying “get the Cheez-Whiz” and proceeding to spray it in the air.

Not only was this disrespectful as others were hit with the cheese, but it could lead to an evacuation from the theme park.

For Disneyland’s full rules and regulations, visit their website here. Additionally, if you are ever unaware of whether something is or is not allowed, you can always ask a nearby Cast Member.