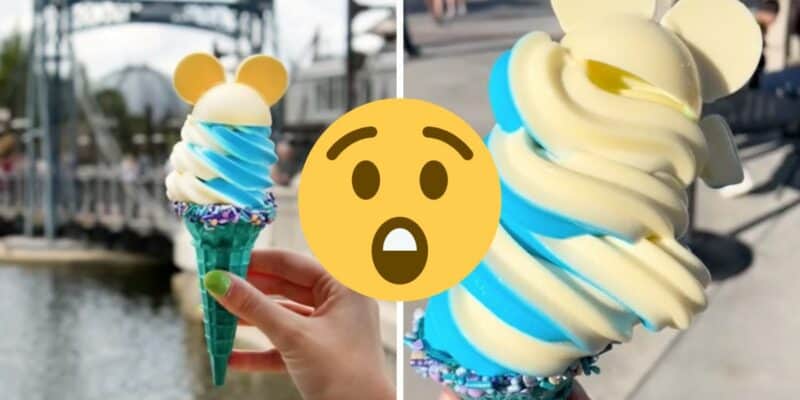 Known as “The World’s Most Magical Celebration,” Disney World began its anniversary festivities on October 1, 2021 to commemorate exactly 50 years since Magic Kingdom first opened its gates in 1971.

In addition to special cavalcades and offerings, Disney is also bringing 50th-themed food items, including the Swirls on the Water treat, which can be found at Disney Springs.

Below, is a photo of the advertised Swirls on the Water cone.

It’s safe to say that this Guest’s Swirls on the Water treat was not Instagram-worthy, but we hope it still tasted good!

For more information on the 50th anniversary at Disney World, visit our website here.

Have you ordered the Swirls on the Water treat from Disney Springs? Let us know in the comments below.