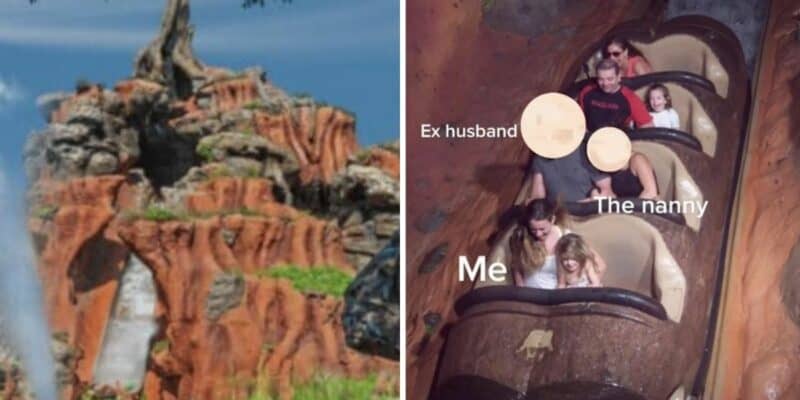 Disney is typically a place where magic and dreams come true, but for one Guest, it was the location that revealed the hard truth about her husband.

One of the best things about Walt Disney World Resort is the ability to use PhotoPass when you are there! Whether you have PhotoPass through your My Disney Experience because of purchasing Disney Genie+, or you have it via your Annual Pass, PhotoPass gives you the option to keep all of the photos and magic shots that Cast Members take of you all day. Not only will you collect all of the photos you took, but also, all of your ride photos are on there as well!

Related: Family Terrified After Being Tracked by Dangerous Stranger at Disney

On a lot of the rides, Disney will snap a quick photo at the height of the attraction, but unlike a normal PhotoPass photo, these are taken without any warning. It was reported that Natalie, a now single mother of two, went to Disney World with her family. This included her children, husband at the time, and nanny.

The family went to ride Splash Mountain in Magic Kingdom, where Natalie sat with one of the children, and her now ex-husband with the nanny. When looking over their ride photos, Natalie discovered that her husband was cuddled up to the nanny very closely, which led her to discover that he was indeed cheating on her. Natalie divorced her husband and he then coupled up with the nanny and had a child together.

It was reported that the “babysitter has since moved into her family home, filed a police report against her and has recently given birth to her ex-husband’s baby.”

“My ex-husband has actually been quite lovely and remorseful, and just sweet considering the situation,” Natalie confessed in a post, in which she explains why her viral vitriol is focused on the babysitter. “Where as she, the nanny, had been quite the opposite.”

“At the end of the day, if they really love each other — they just had a baby together — then, who am I to stop them from being together?” Natalie said. “The way that it was handled was just so wrong, and her attitude towards me is just so wrong. I just wanted to explain why my videos are more angled towards her and not him.”

In 2020 Disney Parks officially announced the Disneyland Park and Magic Kingdom Park attraction Splash Mountain, which is based on the Song of the South IP, would be rethemed as part of Disney’s efforts to bring more diverse representation to the theme parks and remove offensive themes. The announcement came over a year ago and was met with a variety of responses from Disney fans. Some were very excited and happy to see that The Princess and the Frog (2009), not only an excellent film, but a film that stars a Black princess, would replace the attraction. While others who found Splash Mountain as classic and iconic went as far as to petition to have the ride remain as-is.

What do you think about this story? Let us know in the comments below.