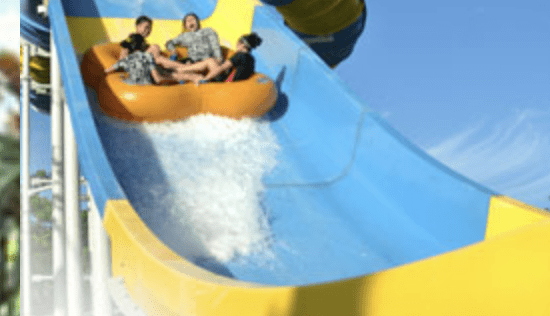 A trip to an amusement park or water is supposed to be a day filled with lasting memories that bring the entire family closer together.

However, a recent trip to a popular water park resulted in near tragedy after a shocking turn of events unfolded on a water slide.

Kenjeran Park, known as Kenpark, in the city of Surabaya in Indonesia is known for many thrilling attractions, including water slides. However, earlier this week, shocking footage showed the moment that a slide snapped in half and collapsed. As a result, riders fell a total of 30 feet to the hard ground below, resulting in 16 people hospitalized.

After the incident, the water park was closed and a police investigation was conducted. At this time, no update has been given on the status of those hospitalized after the collapse.

Back in the U.S., tragedy recently struck Gillian’s Wonderland Pier, an iconic Ocean City amusement park in New Jersey, when a worker fell to his death while providing maintenance to the Ferris wheel attraction. The man was identified as Robert W. Sanger, 62, of Pittsgrove. He was a welder and the Vice President of Cargo Tech International of Swedesboro.

Inside the Magic will continue to keep you updated on these investigations and more.