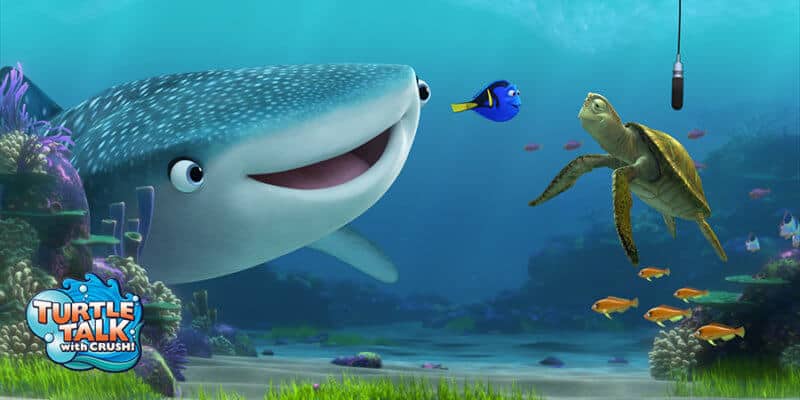 Cast Members make Disneyland as magical as it is. Walt Disney himself said it best, “You can design and create, and build the most wonderful place in the world. But it takes people to make the dream a reality.”

In the short video, a child asks Crush what his favorite color is. Crush responds that he wants to make a game out of it and gives the child a hint… He’s a green sea turtle. The young Guest guesses that Crush’s favorite color is green… watch here for his response!

Crush says plainly, “Aw no, it’s totally purple!” The room erupts with laughter, creating a magical moment not just for the young Guest interacting with Crush but everyone in the room!

Turtle Talk with Crush opened at EPCOT’s The Living Seas in 2004 and was duplicated in Hollywood Land at Disney California Adventure in 2005. The attraction was updated with characters from Pixar’s Finding Dory after the film’s 2016 release. From Disney:

Has a Cast Member ever created a long-lasting magical memory for your family? Share your story with us in the comments!