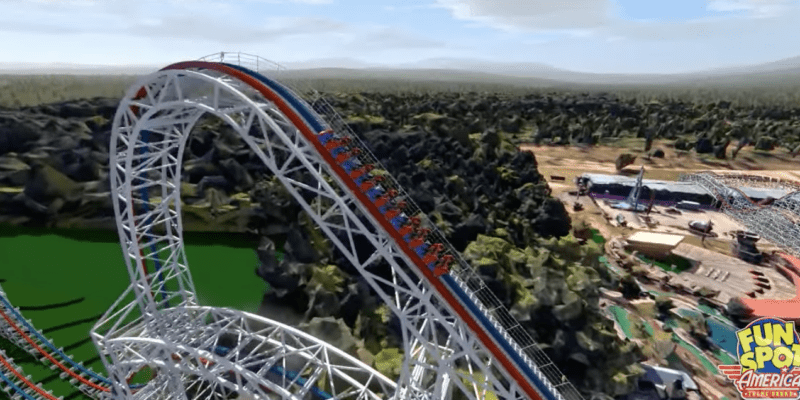 In the past, we have covered the dangers of trespassing into areas that are not typically meant for Guests, as it can not only pose as a danger to the Guest in question, but also can promote a dangerous activity to others as “safe” while tampering with areas that are meant to be maintained and touched only by professionals.

The most recent incident of this occurred at Walt Disney World Resort, when we saw one Guest trespass into a section of the queue of Haunted Mansion at Magic Kingdom. One Guest decided that while at Magic Kingdom, she should jump into one of the gravestone areas in the Haunted Mansion queue and lie down as if she were buried as one of the 999 Happy Haunts. This would have been behind a restricted area that is not meant for Guests, hence, the gated enclosure. Doing this is not allowed, as it would be trespassing, and also promotes dangerous behavior as Guests should not be climbing over gates.

Since Disney is located on private property, they are able to create their own rules and regulations that Guests must follow, on top of the law, of course. Recently, we have shared multiple things that have been done by Guests whick could have had them kicked out, or did have them kicked out of the Parks. These could have also led to lifetime bans, and in some cases, it did. For example, sharing harmful or dangerous advice about Disney on the internet, stealing items from an attraction, getting out of a moving vehicle, being excessively vulgar, and more are some instances we have seen Disney take action.

Now, it seems that the unfinished coaster tracks of ArieForce at Fun Spot Atlanta are becoming a photo-op for Guests. Taylor Bybee (@coasterstudios_) posted a photo while sitting on the tracks. It is uncertain if this photo was due to a media event for the theme park and supervised by officials, but considering the filmmakers and YouTubers tagged in Fun Spot Atlanta, this could mean the Park was aware!

That being said, Guests should never cross into a construction zone for a coaster to snag a photo without permission and supervision, which we trust is what is being displayed above. Fun Spot describes the attraction as:

Soar to new heights on this exciting new ride, featuring a first-ever raven-truss dive and a first-of-its-kind zero-G roll over our arcade (with another zero-G roll just for fun)! You and your group can experience 100 seconds of pure thrills during your ride time, including a 146-foot first drop at an 83-degree angle and a top speed of 64 m.p.h.

Get ready to climb aboard the ArieForce One — coming soon to Fun Spot Atlanta!

Take a look at the coaster reveal below!

As an update, it seems that it has been confirmed that this was indeed a media event.

Have you ever seen a Guest take a photo or video in a location at a theme park that was prohibited?