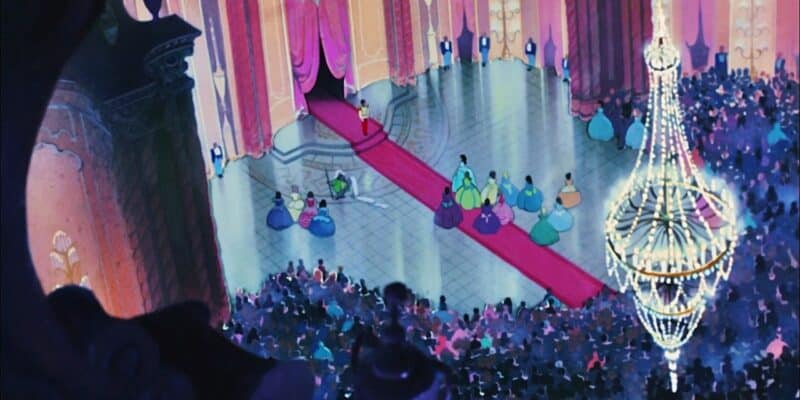 Before the actress retired from her work at Disney in 1971, per Cartoon Brew’s report, she was an integral part of many projects, including the famous Chip ‘n’ Dale short cartoons:

…her biggest recurring contribution came when she was asked to voice Chip (the black-nosed chipmunk). Along with Dale, the two chipmunk brothers first appeared as side characters in the 1943 short Private Pluto before headlining their own theatrical shorts starting in the mid-1940s. The role of Chip during this period is commonly credited to Disney sound effects department head Jimmy MacDonald, however women from the ink-and-paint department were commonly recruited to perform voices uncredited in films. While it’s impossible to know where Swank-Haviland’s contributions end and MacDonald’s begin, it’s safe to say that both of their voices can be heard on the Chip ‘n’ Dale shorts of the 1940s-50s.

As noted in the earlier Tweet, the actress also did voice work in the iconic feature length Disney Princess film, Walt Disney’s Cinderella (1950), and in the well-known short Toot, Whistle, Plunk and Boom (1953).

A clip of Swank-Haviland’s voice as Chip can be viewed below:

Related: Bob Saget’s Shocking Cause of Death Has Been Confirmed

Swank-Haviland was featured in Mindy Johnson’s book, “Ink & Paint: The Women of Walt Disney’s Animation”. During her interview, the voice actress recalled her time at the legendary movie studio:

The book is officially described as:

Groundbreaking and game-changing, Ink & Paint – The Women of Walt Disney’s Animation examines the unsung women artists whose contributions defined the legendary animated classics of our time. Mindy’s landmark volume lifts the lid on the never-before-explored world of hand-rendered artistry of Ink & Paint and tracks women’s advancement into virtually every discipline of animation, forever changing what we thought we knew about animation and cinematic history.

Swank-Haviland’s cause of death has not been publicly confirmed at this time.