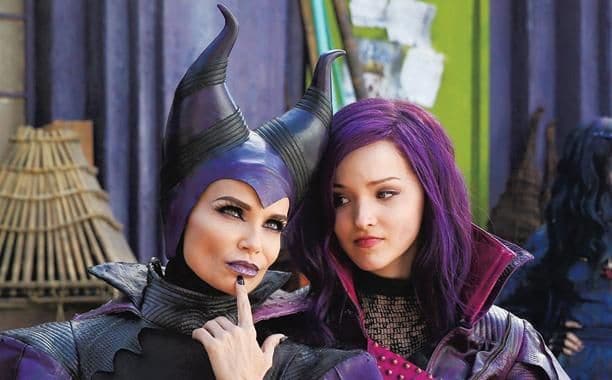 She has also, however, graced the small screen in series like Pushing Daisies and the big screen in Bewitched (2005), The Pink Panther (2006), and more. For Disney, Chenoweth has a long history, portraying Lily St. Regis in Annie (1994), Marian Paroo in The Music Man (2003), Rosetta in Tinker Bell (2003) and its sequels, The Sugar Plum Fairy in Strange Magic (2015), and, most famously for the studio, Maleficent in Disney’s Descendants franchise.

Now, the actress and songstress is departing from her usual lighthearted fare and speaking out about the newly released ABC News Studios’ documentary Keeper of the Ashes: The Oklahoma Girl Scout Murders.

People Magazine shared harrowing details from Chenoweth, who narrowly escaped being a victim of the grisly murders herself:

“It haunts me every day. But this story, it needs to be told.”

“I remember I should have been on that trip, but I had gotten sick, and mom said, ‘You can’t go,'” Chenoweth recounts. “It stuck with me my whole life. I could have been one of them.”

The murders themselves are well-documented, with one article summarizing the tragic incident as:

The Oklahoma Girl Scout murders is a solved murder case that occurred on the morning of June 13, 1977, at Camp Scott in Mayes County, Oklahoma, United States. The victims were three Girl Scouts, between the ages of 8 and 10, who were raped and murdered. Their bodies had been left on a trail leading to the showers, about 150 yards (140 meters) from their tent at summer camp. The case was classified as solved when Gene Leroy Hart, a local jail escapee with a history of violence, was arrested. However, Hart was acquitted in March 1979 after a jury unanimously returned a verdict of not guilty.

Earlier this year (2022), Hart’s involvement in the heinous crime was nearly confirmed thanks to DNA technology that did not exist in the 1970s. Although the results of new testing were officially “inconclusive, the results point to Hart, who died in 1979 while in prison on unrelated charges.”

Related: Selena Gomez Opens Up About Low Confidence and How Therapy Saved Her

ABC’s new documentary chronicles ” interviews with Hart’s counsel, a camp counselor and the sheriff who reopened the case, as well as the victims’ families.”

You can watch a video about the limited series below:

You can stream Keeper of the Ashes: The Oklahoma Girl Scout Murders on Hulu anytime.

Comments Off on Kristin Chenoweth “Should Have Been” a Murder Victim, Escaped By Chance