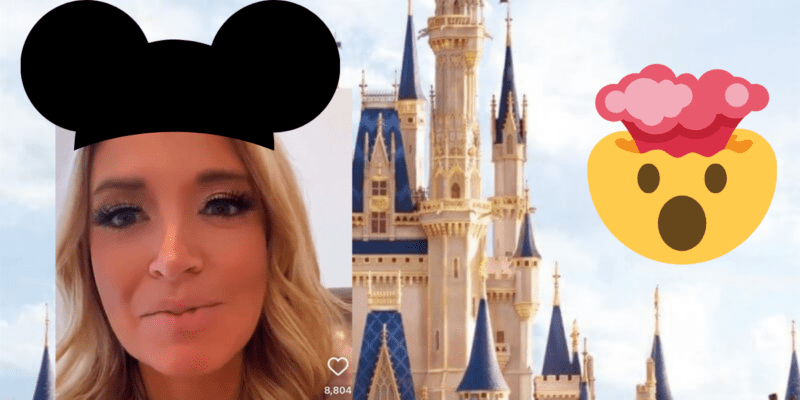 Just weeks after Disney spoke out against the legislation, Florida Governor Ron Desantis announced and passed a plan to dissolve the Reedy Creek Improvement District, which previously allowed Disney to operate private municipal services. In the past week, Republican Congressman Troy Nehls and Republican Senator Josh Hawley posted letters asking the Biden administration and Congress to revoke many of Disney’s legal privileges, such as the “No-Fly Zone” over Disneyland and Walt Disney World.

In an Instagram story that has since expired from her profile, McEnany discusses her daughter’s love for Disney, saying, “Now I’m going to give you a fair warning, and this is actually really sad. So, before this whole Disney situation, my daughter – and she still does – she loved Minnie Mouse, so she does have her Minnie Mouse pajamas on.”

She expresses her desire to take her daughter to Walt Disney World. “I wanted to take her to Disney World, but I can’t in good faith do that anymore, at least not in the near future, which is so sad,” McEnany said. “I grew up going to Disney World and I just don’t think I can do it. ”

The video, recorded and posted by Twitter user @RonFilipkowski, shows Kayleigh speaking to her followers at home with her daughter in the room, who she calls briefly. Ron tweeted:

Kayleigh McEnany says her daughter loves Disney, wears Minnie Mouse pajamas, and she really wants to go to Disney World, but she “can’t in good faith” take her there after their confrontation with Desantis.

Kayleigh McEnany says her daughter loves Disney, wears Minnie Mouse pajamas, and she really wants to go to Disney World, but she “can’t in good faith” take her there after their confrontation with Desantis. pic.twitter.com/OxyEZmnESW

McEnany doesn’t directly mention the “Don’t Say Gay” bill or Governor Desantis in her video, but has been a vocal supporter of the Governor online and on television. In March, she appeared on a “fireside chat” with him at the Florida Chapters Conference.

Notably, she is a regular on-air commentator on Fox News, talking about her support for conservative policies and former President Donald Trump.

Kayleigh McEnany also recently criticized current White House Press Secretary Jen Psaki for speaking out against the “Don’t Say Gay” bill. The Daily Mail posted her televised Fox News Hannity interview discussing the issue. She expressed anger that Psaki was upset for the children affected by that bill, but not by abortions, saying:

“So if you wanna cry, don’t cry about forcing sexuality on kindergartners. This is sick. Cry about the 62 million children who can’t go to kindergarten.”

What are your thoughts on Disney speaking out against the Parental Rights in Education Act? Let us know in the comments.