Congressman Seeks To Revoke Disney's "No-Fly" Zone - Inside the Magic 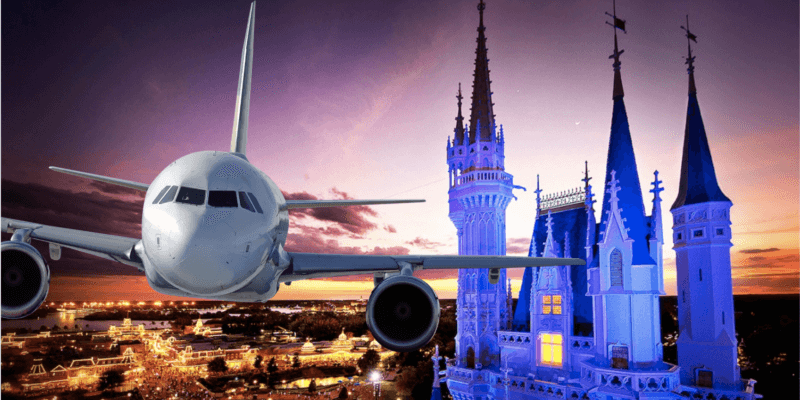 Following the Walt Disney Company’s public condemnation of the “Don’t Say Gay” bill — officially titled the Parental Rights in Education Act — Republicans from Florida and across the nation have retaliated against the Walt Disney Company and Disney theme parks. Most notably, the Florida legislature recently passed a bill to dissolve the Reedy Creek Improvement District — the special district established around Walt Disney World that allows them to fund and operate their own municipal services like fire prevention, water, roads, etc.

Now, Congressman Troy Nehls (R) of Texas’ 22nd Congressional District has begun advocating for the removal of “No-Fly Zones” over Walt Disney World and Disneyland — the only two theme parks in the country with such restrictions.

The FAA enacted these “No-Fly” restrictions over Walt Disney World and Disneyland temporarily in 2003 for “security reasons” and amended the law in 2014 to make the rules permanent.

This Monday afternoon, May 2, 2022, Congressman Nehls posted his letters to Nancy Pelosi and Secretary of Transportation Pete Buttigieg on Twitter. He stated within one of them that he expects a response from the Biden administration by June 3, 2022.

Why does @Disney get special treatment? Today, I sent two letters to @SpeakerPelosi and @SecretaryPete asking them whether or not they supported the “No-Fly Zones” over Disney’s theme parks considering no other theme parks in the country received the same preferential treatment.

Why does @Disney get special treatment?

Today, I sent two letters to @SpeakerPelosi and @SecretaryPete asking them whether or not they supported the "No-Fly Zones" over Disney's theme parks considering no other theme parks in the country received the same preferential treatment. pic.twitter.com/OlSeVk1zWV

The Congressman cited a 2003 article from the Orlando Sentinel, which quoted pilots angered by the restrictions who felt Disney was taking advantage of post-9/11 terrorism fears to close airspace over the Park. He argued Disney wants to avoid airplane noise and aerial advertisement for other theme parks and entertainment options in Orlando.

“Disney tried to make that restricted airspace for years but couldn’t until now because the airspace belongs to the people, not to a corporation,” Joe Kittinger, a retired Air Force colonel and Orlando aerial advertiser, told the Orlando Sentinel in 2003. “They’ve achieved it now under the guise of national security, and there is absolutely no reason for it.”

He also cited a 2013 quote from FAA Administrator Michael Huerta, who testified that Disney’s “No-Fly Zones” did not meet the requirements set by the FAA and wouldn’t exist if Congress hadn’t stepped in.

In his letter, Congressman Nehls asked Nancy Pelosi to reconsider the restrictions. “Measures designed for protecting our national security and public safety must not be co-opted by companies looking to gain,” Nehls wrote. “Given that almost 20 years have passed since the designation of these “temporary” flight restrictions and the long-standing controversy around their creation, I ask that the House reconsider their appropriateness.”

The Congressman also quoted a Disney spokesperson who, in 2003, said the restrictions would benefit the Parks in addition to increasing security.

While it’s unclear what makes Disney’s properties a unique security risk, the financial benefits are clear. This may be why in 2003, Disney’s spokesperson acknowledged that the flight restrictions would promote the “enjoyment” of their Guests by eliminating “banner ads from trial lawyers” and aircraft “buzzing the parks”.

To Secretary Buttigieg, he wrote the same letter, with a slightly different closing. Rather than asking the Biden Administration to take action, he wrote, “I am inquiring as to whether the Biden administration supports the continued preferential treatment of Disney Resorts.”

Did you know about the No-Fly Zone over Walt Disney World and Disneyland? Do you think Congressman Nehls will receive a response? Let us know in the comments.