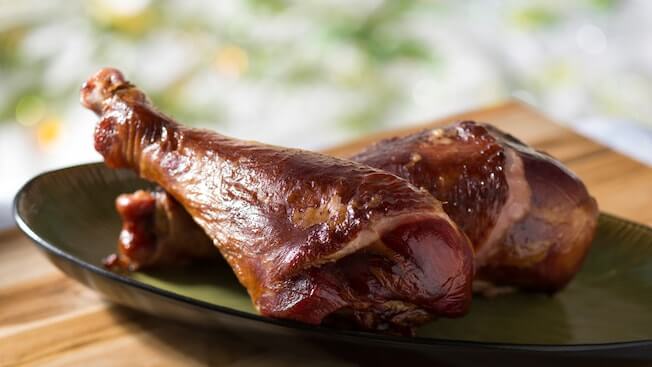 The turkey leg at Disney Parks is one of the most controversial snack items offered. It was once rumored that they were emu legs, but rest assured, they are not. They are Tom Turkey legs, also known as a large male turkey.

One time, a physical fight broke out at the Disney Parks — because of a turkey leg.

In 2019, an altercation broke out between two Guests over the iconic, yet controversial, turkey leg at Magic Kingdom. Orlando Sentinel reported “a woman told authorities she had been pushed ‘mildly’ by a stranger when they got in an argument at the Magic Kingdom.” The disagreement was caused by an oversized turkey leg.

The woman munched on the turkey leg and dropped pieces of meat on the ground as she made her way across the park. That caught the attention of the man who confronted her, according to the October incident report.

It appears nobody involved was seriously injured in this altercation. Please note that Disney Cast Members and security officials are always at the theme parks in order to maintain a safe environment as much as possible. If you ever witness activity such as a fight or anything of this nature, or if you are ever concerned when visiting one of the Disney Parks, be sure to find the nearest Cast Member or report your issue with Guest Relations, located in each of the Disney Parks.

When visiting the theme parks, please be respectful to others. Walt Disney World has rules and regulations put in place and if a Guest fails to abide by them, they may be subject to be removed from the Parks.