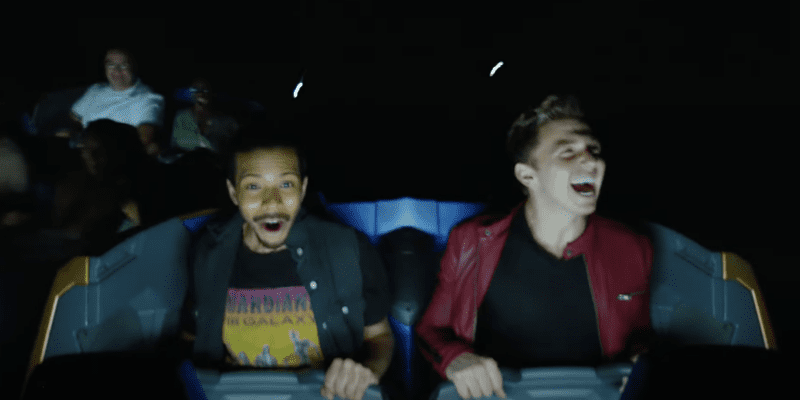 From inside jokes about the history of EPCOT to the many different songs offered on the ride, we sure have learned a lot this week about Guardians of the Galaxy: Cosmic Rewind. The new thrilling coaster at Walt Disney World opens on May 27, 2022.

Given the short ride description from Disney, it’s exciting to get more details from journalists, Annual Passholders, and Disney Vacation Club members who have been able to experience Guardians of the Galaxy: Cosmic Rewind ahead of its public opening. Disney says:

The ride has a 42-inch minimum height requirement, and Disney recommends it for “Tweens, Teens, Adults.” In a further description, Disney boasts the all-new, innovative ride features invented by the Imagineers: 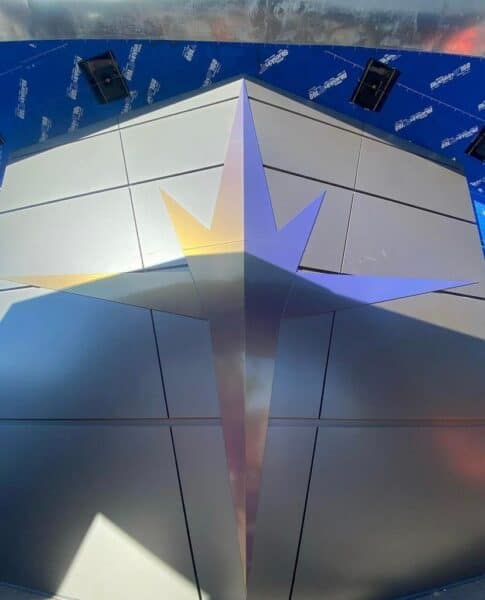 Theme park journalist for Spectrum News 13 in Orlando, Ashley Carter, was able to ride the coaster multiple times at a media preview event hosted by the Walt Disney World Resort. Earlier, we covered her review of the ride’s soundtrack and its potential to make riders motion-sick with the intensity of the 360-degree spinning ride vehicles.

Now, Carter offers a tip for riders who want a more intense ride experience! She tweeted:

A few Guardians of the Galaxy: Cosmic Rewind thoughts:

– After experiencing it w/ all songs, “Conga” and “One Way or Another” were my favorites.

– Quips by Rocket and Drax on the ride are fun but you might miss them b/c of the music.

A few Guardians of the Galaxy: Cosmic Rewind thoughts:

– After experiencing it w/ all songs, “Conga” and “One Way or Another” were my favorites.

– Quips by Rocket and Drax on the ride are fun but you might miss them b/c of the music.

So if you’re looking for the most intense ride through the Galaxy, Carter recommends sitting in rows 9 & 10! For other thrill rides like Rock n’ Roller Coaster at Disney’s Hollywood Studios and Expedition Everest at Disney’s Animal Kingdom, Cast Members pull families aside into a separate line if they wish to sit in the first row of the ride vehicle. It’s unknown if Guardians of the Galaxy: Cosmic Rewind will have a similar mini-queue for the first or last rows of the ride.

Carter also mentions listening closely on the ride, as quips from characters Rocket and Drax are interesting details but can be hard to hear over the ride’s soundtrack (whichever one you get!).

Twitter user @RichardOBJ, a journalist for the Orlando Business Journal, also had a chance to ride Guardians of the Galaxy: Cosmic Rewind, and weighed in as someone with rollercoaster based anxiety, comparing the sensory deprivation on the ride to that of Magic Kingdom’s Space Mountain. He tweeted:

Guardians #CosmicRewind review from a person who gets anxiety on coasters: This ride is VERY GOOD and (as many have said) smooth. The gut-wrenching dips are not too much and the Space Mountain-esque sensory deprivation is not as bad. Very solid work by the WDI folk.

Are you looking forward to Guardians of the Galaxy: Cosmic Rewind? Let us know in the comments.