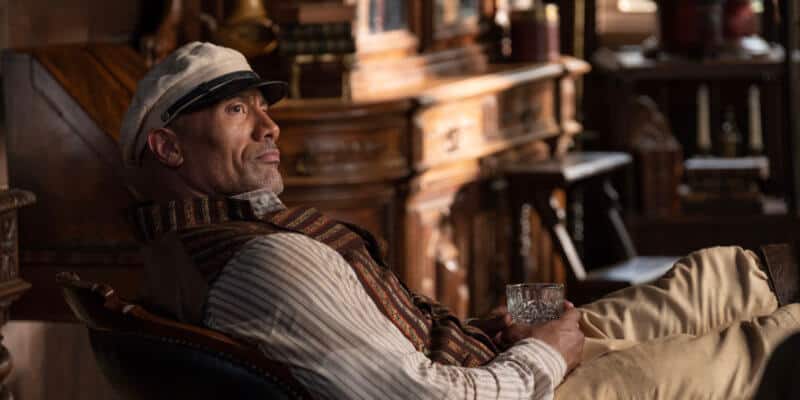 When you think of Dwayne Johnson, there are probably a few images that come to mind. You may recall him as Dwayne “The Rock” Johnson, WWE Superstar, or you may know him from his acting work in Fast & Furious, Moana, Jungle Cruise, and more. Or, perhaps you just enjoy his tequila. If there is one thing we all have in common when it comes to our perception of Johnson, it is success.

As noted by Vanity Fair, “For each of the last five years, he was, according to Forbes’s annual list, either the highest or second-highest-paid actor. (In that period, he is estimated to have earned a total of $430.4 million.)”. The only actor to have topped him most recently was Daniel Craig. Dwayne comes off as a lovable teddy bear, and although he may be very successful now, it was not always that way. Dwayne, in fact, grew up deep in poverty, with less than $10 to his name.

Over the past week, Johnson went to Vegas and popped in on a couple of fans who were doing the Teremana Experience as Madame Tussauds with his new wax figure. A pair of fans thought that they were just taking a photo when Dwayne popped out and surprised them! In the Reel posted by Johnson on Instagram, which you can find below, the fans are left trembling with excitement seeing The Rock pop up unexpectedly!

I flew to Vegas this week to take care of some business on a few things – and also made a special surprise visit to @madametussaudsusa to unveil my new DJ wax figure that comes complete with a full on @TEREMANA EXPERIENCE experience!!!
🥃🔥🔥👏🏾

I surprised tons of fans and gave them all their own bottle of Teremana Blanco, Reposado & Anejo!

FANS. FREAKED. OUT. 😂🙏🏾 and this kind of stuff will always be one of the coolest parts of my job.

Thank you Madame Tussauds for joining me to create such an awesome fan experience!!

Right now, Dwayne Johnson is set to star in the Jungle Cruise 2!

The Hollywood Reporter has confirmed that Jungle Cruise 2 is set to sail.

What do you think of Dwayne Johnson’s pop-up fan experience? Would you freak out too?