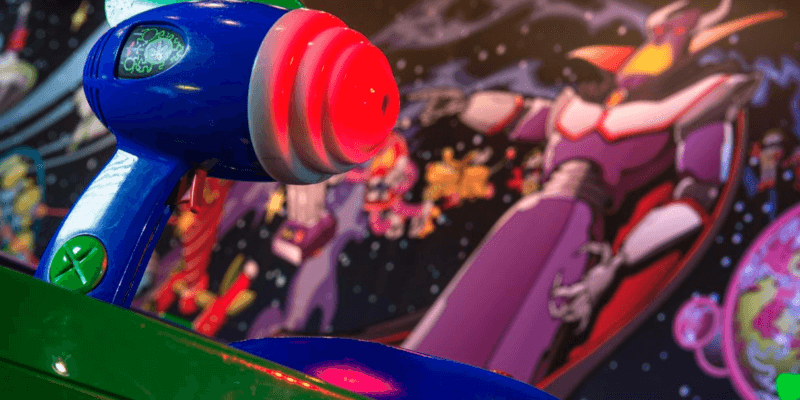 Buzz Lightyear has fans worldwide, with similar rides having existed at one time at every Disney Park, domestic and international.  Shooting simulators of the same name exist at Tokyo Disneyland and Hong Kong Disneyland. Unfortunately, the Hong Kong Disneyland iteration closed in 2017 to make way for Ant-Man and the Wasp: Nano Battle!, which opened in 2019.

u/americannoisee on Reddit posted asking fellow Disneyland fans if they were having trouble accurately targeting and shooting the laser guns on Buzz Lightyear. The user wrote:

Is it me or are the Astro Blasters guns more poorly calibrated than usual?

I can’t hit a thing and my laser seems to jump side to side even when I’m holding the gun still. I don’t remember them being this bad in the past but maybe I’m just pulling bad guns every time.

Sometimes people have one-off negative experiences on Disney Parks attractions. Unfortunately, that doesn’t seem to be the case here, given the large response u/americannoisee got to their question.

That ride is horribly broken. Some of the guns don’t even work at all.

Other Disneyland regulars claimed it depends on which laser gun you get. u/Complex-Defiant wrote:

Some are definitely better than others. I usually get ones that seem a bit off, but the last time my gun was on it and I got my best score ever.

Another user shared a funny story about making the best of the experience when both of their laser guns were broken during the ride. u/FIJIMAN1969a said their guns kept breaking, but their score kept going up and even maxed out halfway through the ride, making them easy Galactic Heroes (a title you get for reaching 999,999 on any of the Buzz Lightyear rides).

Instead of letting it ruin their fun, the user said they tried to make the best of it, writing:

Ours kept breaking down but scoring keeps going, we all maxed at 999,999 halfway through the ride, then I kept playing with the spin joystick till the wife yelled at me

Try using the ones at WDW – terrible. I hope they bring the blasters from Shanghai to the states. In each car, there is one red laser and one green laser and they can pull up and out like the Disneyland ones too.
It was so much fun to play astro blasters there

Disneyland hasn’t publicly confirmed any plans to recalibrate the broken laser guns at Buzz Lightyear Astro Blasters or similar attractions at Disney Parks worldwide. Perhaps with the release of the new Pixar film Lightyear (2022), in which Chris Evans replaces Tim Allen as the beloved Buzz Lightyear, Disney will take the time to update its rides.

Have you ridden multiple versions of Buzz Lightyear Astro Blasters? Which was your favorite? Let us know in the comments!