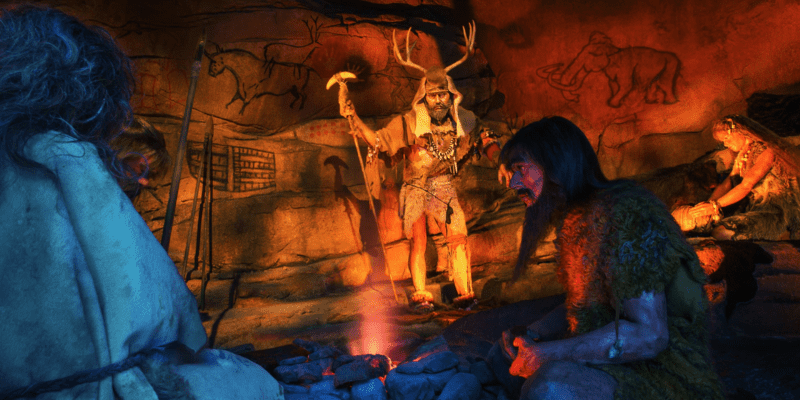 Some fans claim that you can actually taste a popular Disney World attraction with this interesting method.

While the Disney Parks are known for their world-renowned attractions and rides, part of the experience can also be found in the wide range of restaurants that can be found within the sprawling Walt Disney World Resort.

This feature is most prominent in EPCOT, where Guests can enjoy cuisine from all over the world. These eateries range from snack foods from Mexico to full-course dinners in Japan and everything in between. However, one of the more unique culinary experiences isn’t even found in EPCOT’s World Showcase.

Club Cool can be found at EPCOT and was recently renovated and updated. This rework comes amidst the complete overhaul of the Park, which is excitingly bringing tons of new experiences and attractions to the Park. At Club Cool, Coca-Cola lovers of all ages can get their soda fix in not just one flavor but multiple tastes from all over the world.

There are currently eight soda flavors from around the world:

A recent discussion was sparked online after one Guest made the claim that one of these sodas actually is reminiscent of Spaceship Earth, the giant sphere attraction at the center of EPCOT. See the full post below from u/pjtheman:

This stuff tastes like the Library of Akexandria burning in Spaceship Earth.

This stuff tastes like the Library of Akexandria burning in Spaceship Earth. from WaltDisneyWorld

As you can see, one of the international flavors of Coca-Cola apparently resembles one of the most famous scenes from the ride in which Guests travel through the fall of Rome. This scene is notorious for its very specific scent, which can be described as a mix between BBQ sauce, fake smoke, and that peculiar smell only Disney rides from the ’80s have.

As stated by the Guest, this one soda tastes like this scene, and any Disney World fan will surely be able to imagine the taste based on this description. Several users agreed with the original post, with one user saying, “Yes! I just got off Spaceship Earth last week and stopped here afterward. I said this exact thing and everyone in my group thought I was nuts”.

Another user said, “That’s not even a taste, yet somehow I know exactly what you mean”.

We knew that this flavor was similar but couldn’t quite put our finger on it. Now, it’s super obvious that the flavor resembles this certain smell from one of the most iconic attractions in all of the Walt Disney World Resort. Fans purely speculate this; however, we like to think there is a correlation!

EPCOT is the epicenter of Walt Disney’s vision for tomorrow. Check out Spaceship Earth and then head over for some thrills on Mission: SPACE and Test Track. Enjoy the World Showcase and enjoy some incredible rides on Frozen Ever After, Gran Fiesta Tour Starring The Three Caballeros, and Remy’Ratatouille Adventure. Stop into the Imagination Institute to catch up with Figment in Journey Into Imagination and then hit both Soarin’ Over The World and Living with the Land inside The Land Pavilion. Stop in to see Nemo & friends, and then relax and enjoy the Disney & Pixar Short Film Festival. Also, don’t forget to check out the all-new nighttime spectacular, Harmonious, which is playing every night at EPCOT.