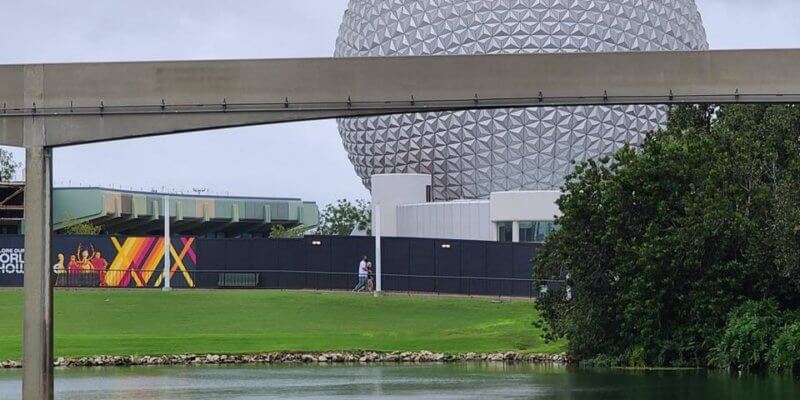 In a bizarre series of events, Disney World instructed a Guest to visit two closed-down restaurants.

At the Walt Disney World Resort, few things are as exciting as the work being done on EPCOT. For the last few years, the Park has been undergoing a complete overhaul. One of the big changes happening at EPCOT is the debut of three brand-new lands, replacing what is currently known as Future World. These three new lands will allow all of EPCOT to feel connected with four neighborhoods that speak to each important aspect of the world.

World Showcase, which has already been a part of this Park, will be joined by World Celebration, World Nature, and World Discovery. construction is still ongoing and EPCOT as a whole remains in a state of limbo, but we know the end result will be worth it.

However, all of these changes and updates have seemingly not only confused Guests but Disney itself, with the Park’s in-app chat feature spreading some incredibly inaccurate information. One Guest shared their confusing experience using this feature after asking where they would be able to have breakfast in the Park.

See the story shared in a tweet from Len Testa (@LenTesta):

A friend used Disney’s chat feature today for breakfast suggestions in Walt Disney World. – Neither Garden Grill nor Cantina serves breakfast. – Akershus has been closed since 2020. – Electric Umbrella was demolished over a year ago. – It’s not called “Future World”.

– Neither Garden Grill nor Cantina serves breakfast.
– Akershus has been closed since 2020.
– Electric Umbrella was demolished over a year ago.
– It's not called "Future World". pic.twitter.com/fJ6UxEhsB6

They added to the original tweet, noting that the way “EPCOT” was written was also incorrect:

I should add that the park reverted to the EPCOT name in 2020, so “Epcot” is also outdated.

I should add that the park reverted to the EPCOT name in 2020, so "Epcot" is also outdated.

While quite funny, this situation is also quite shocking, especially considering how big and profitable The Walt Disney Company is. For starters, La Cantina De San Angel Inn doesn’t serve breakfast, so we are not sure why it was suggested. Garden Grill also has not served breakfast since the pandemic. Akershus, the Norwegian-themed restaurant has been closed since the pandemic started in early 2020. “Future World” also does not exist in the current form of EPCOT.

And quite possibly, the biggest mistake in the post was the fact that Disney was still referring Guests to The Electric Umbrella, a restaurant that has been closed and completely demolished for some time now. Connections Cafe and Eatery has since taken over as the quick service dining in the same area.

Though we are sure this could be fixed by a simple update to the auto-response bot, it’s still shocking multiple errors such as these can find their way into Disney’s first-party application which is specifically designed to help Guests in the Parks. We hope that Disney makes the necessary changes to the app, as first-time visitors would likely be very confused by the suggestion.

Are you excited about the changes coming to EPCOT?