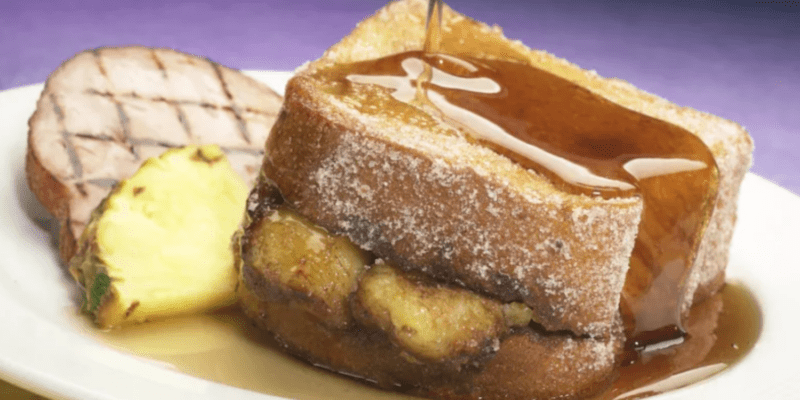 Tonga Toast is one of the most iconic Disney food items at Walt Disney World Resort. This special breakfast has been served at the Polynesian since it opened along with the Magic Kingdom, Disney’s Contemporary Resort, and Disney’s Grand Floridian Resort and Spa back in 1971.

The Tonga Toast is currently served at Kona Cafe and Capt. Cook’s in Disney’s Polynesian Resort and is described as “banana-stuffed sourdough bread, battered, deep-fried, and dusted with cinnamon-sugar”.

The Tonga Toast is loved by so many and is considered to be one of the more popular options at Walt Disney World Resort. Unfortunately, one Disney Guest who tried the Tonga Toast after hearing all the rave, came up a bit disappointed.

Disney fan and Reddit user, Shajax1843, shared that on their recent Disney World vacation, they went to Kona Cafe for breakfast and tried the Tonga Toast. “I’m probably going to get some hate for this, but I wanted to try the Tonga Toast from all the rave reviews I’ve come across over the past year. …. it was meh,” they explained.

The Disney Guest proceeded to describe the iconic breakfast item as “a massive block of cinnamon-sugar coated bread”. They said, “The crust was so hard it could’ve broken teeth.”

They went on to have some positivity though, explaining that maybe their experience was just “a one-off”.

Tonga Toast is currently being served at Kona Cafe inside Disney’s Polynesian Resort.

If you are not planning on visiting the Walt Disney World Resort soon, and are craving this breakfast item you are in luck! You can make Tonga Toast in your own kitchen thanks to this easy to follow recipe.

Have you ever had the Tonga Toast at Disney World? Let us know in the comments below.