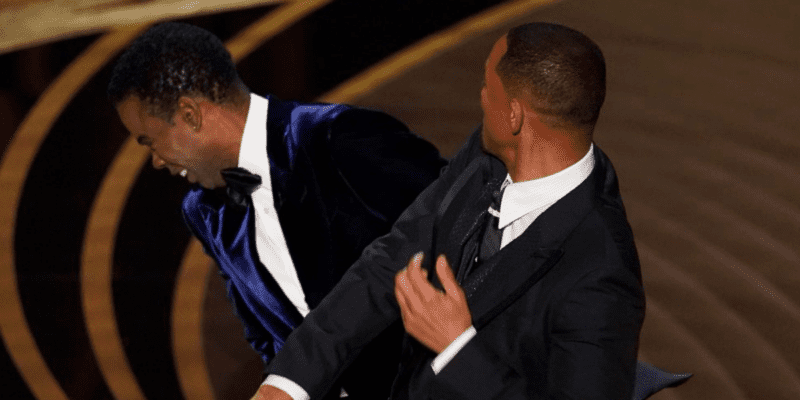 The slap heard around the world may prove to be a solid career maker.

In case you somehow missed it, at the most recent Oscars award show, Will Smith (I Am Legend, King Richard, Aladdin) stepped on stage and slapped Chris Rock (Spiral, The Longest Yard, Grown Ups 2) after the comedian insulted his wife during a joke.

Since that night, the entirety of social media has been discussing what exactly happened on stage between the two legendary stars. Many celebrities have chimed in with their own thoughts on the situation. Needless to say, the entire world was in disbelief.

ABC is set to air the 95th Annual Academy Awards on Sunday, March 12, and Craig Erwich promises that the network will make the next broadcast “even better” than this year.

According to Deadline, Erwich, who is President of Entertainment at ABC, claimed that despite the Will Smith slap on Chris Rock, he thought it was a “really successful year for the show.” Erwich was very open to the idea of Chris Rock hosting.

“My assessment of the Oscars was that it was really a successful year for the show. Obviously, there was a lot of controversy, which overshadowed a lot of the positive things about the show, but I was really happy with the program,” he said. “Even before that very unfortunate moment, the show started off up year over year, and we came back in a big way.

“It was the biggest bounce back of any award show this season. If you look at what they were trying to do, which is really bring entertainment back to the program, they had three amazing hosts, clips, and incredible musical performances, I thought it was a great way for the show to reclaim its place on the mantle. There’s always things to learn and we’ll endeavor to do even better next year.”

The most recent show was hosted by Wanda Sykes, Amy Schumer, and Regina Hall. According to analysis, ratings were up nearly 60% with general audiences and 73% in the key demographic from the hostless 2021 Oscars, engaging 16.6M total viewers.

Next year’s show is set to air live from the Dolby Theatre at Ovation Hollywood on January 24, 2023.

Would you watch the Oscars if Chris Rock hosted?