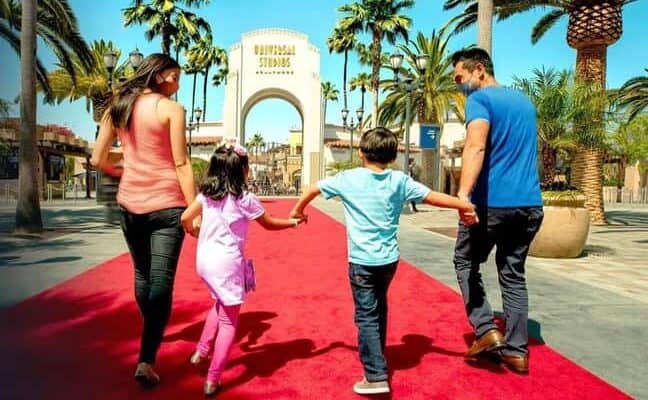 A few Guests had a rough start to their day after realizing something very important was stolen during the night at their hotel.

At Universal Studios, Guests have so many options to choose from when it comes to entertaining experiences. From The Wizarding World of Harry Potter to Velocicoaster, there are so many fun rides and attractions waiting for you.

However, this fun can be ruined quite quickly after experiencing what seme excited Guests did the other day during their trip to Universal Studios Hollywood.

As shown in TikTok, some Universal Guests had a rough morning. See the video below from Tina Vang (@tinaaaa_babbbeyyyy):

Related: Super Nintendo World May Be Haunted On Opening Date

As you can see, the Guest and their party are outside their hotel when they realize that all four tires on their vehicle were allegedly stolen during the night. This is definitely not what you want to see when you’re headed to the Universal Studios. We are unsure what exactly happened to the Guests or if the situation was resolved in any way.

While Universal Studios Hollywood is home to many other incredible attractions, as well, including DreamWorks Theatre Starring Kung Fu Panda, Harry Potter, and the Forbidden Journey, The Simpsons Ride, The Secret Life of Pets: Off The Leash, or The World-Famous Studio Tour, few attractions are as exciting as the upcoming Super Nintendo World.

In addition to Super Nintendo World making major progress at Universal Studios Hollywood, the world is also coming to Universal Orlando Resort at the Resort’s newest theme park. Epic Universe is set to open in 2025 and will feature a Super Nintendo World. There are also many other rumors about what will be built in the Universal Orlando Resort Park, including Classic Universal Monsters, an addition to the Wizarding World of Harry Potter, and DreamWorks Animation attractions.

What would you do if you woke up and found your tires were stolen?