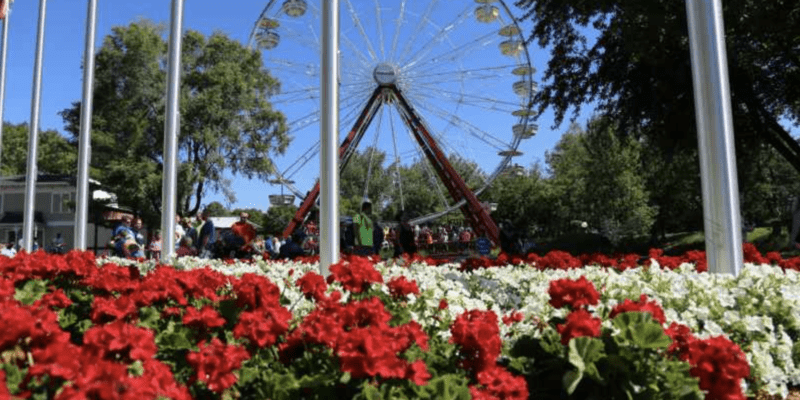 Adventureland, located in Altoona, Iowa, is known for its many attractions and Resort amenities that draw thousands to its theme park each year.

Tragedy struck the theme park last year when 11-year-old Michael Jaramillo died on the Raging River ride. The attraction had been closed for several months as Adventureland replaced the ride’s control board. On July 2, the ride passed a state inspection and it reopened to the public on July 3.

On that day, five members of the Jaramillo family boarded the ride. Their raft capsized and they were left trapped in the water. Michael was pronounced dead by drowning in the early hours of July 4 and two more family members were transported to the hospital suffering injuries. According to the Deis Moine Register, a later inspection would find that there were 17 safety violations, including using parts not approved by the manufacturer, using Flex Seal instead of patches to fix leaks in the rafts, and not testing the rafts following repairs.

As Adventureland is set to open for its 2022 season this May under new leadership, it seems the ride may be facing permanent closure.

General manager Bill Lentz recently told the Des Moines Register that a decision had not been made on if the ride would ever reopen and that it would at least remain closed in 2022.

“We make sure that every attraction is safe to open,” said Lentz. Adventureland “won’t open any attraction unless it is safe.”

At this time, the Raging River ride has been removed from the official Adventureland Resort website.

The theme park is slated to open for season pass holders on May 7 and for the general public on May 14.

Several weeks ago, another tragic story left the entire theme park world shocked and heartbroken when 14-year-old Tyre Samson was released from his seat and fell to his death while riding the Orlando FreeFall at ICON Park.

ICON Park demanded that SlingShot Group– the company that operates Orlando FreeFall– cease operations of both the FreeFall and the Orlando SlingShot. Protests have been held outside the attraction pushing for it to be taken down and the family has announced that it plans to file a lawsuit.

As the investigation is ongoing, the incident has made theme parks across the country and legislators alike take a hard look at safety measures for Guests. In Tennessee, Dollywood closed its drop tower attraction, Drop Line, out of an abundance of caution because the ride was made by the same manufacturer that constructed Orlando FreeFall.

Inside the Magic will continue to keep you up-to-date on this investigation.