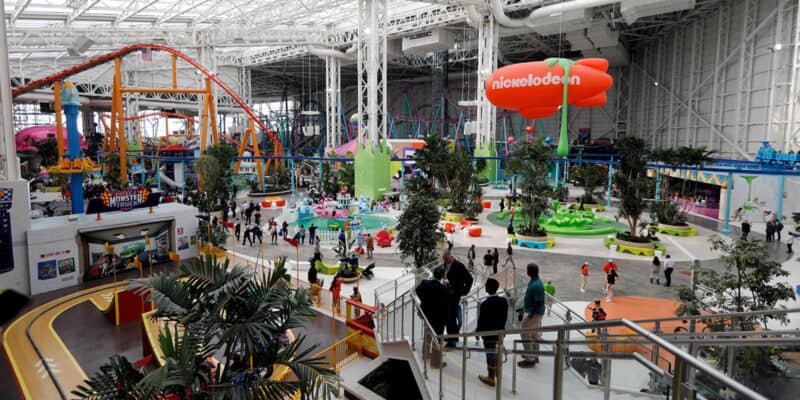 For the second time in the last six months, Guests were left stranded aboard Dora’s Sky Railway at the American Dream Mall in East Rutherford, New Jersey.

The elevated ride broke down due to a power failure in an electrical component, state officials said, leaving Guests stuck and needing an evacuation.

“All guests were successfully removed from the attraction in a timely and controlled manner. There were no requests for medical attention made at the time of the event,” said Tammori C. Petty-Dixon, spokeswoman for the New Jersey Department of Community Affairs.

As reported by NJ Advance Media, Petty-Dixon said in an email that the evacuation was “performed by trained personnel utilizing lift equipment.” “The cause of the issue was an electrical component failure. Repairs will be made and the ride will be put back in service,” she added.

The first incident on this attraction occurred in September 2021, due to the same failure and leaving Guests stranded.

In response to NJ Advance Media, Petty-Dixon stated, “American Dream has reported to the department on two occasions that the ride has been evacuated outside the normal loading and unloading station.” “Both evacuations happened under the same circumstance. The train stopped on the track due to an electrical component failure, which prevented the train from moving,” she added.

Fortunately, there were no reported injuries in either of the incidents.

According to Petty-Dixon, the ride was examined the next day by inspectors from the state’s Department of Community Affairs, working to identify the faulty component.

American Dream officials said the problem had been fixed by noon that same day. “Dora is open and operating as usual today,” said Melissa Howard, spokeswoman for American Dream.

The official website for Nickelodeon Universe at American Dream Mall describes the attraction as follows:

¡Todos a bordo! Join Dora for a trip aboard her little blue train friend, Azul. First, a hot air balloon floats you up to the rail station in the clouds. Then you’ll board Azul for a sky-high journey featuring scenic views of the park from the elevated tracks. Min. Height: 42″