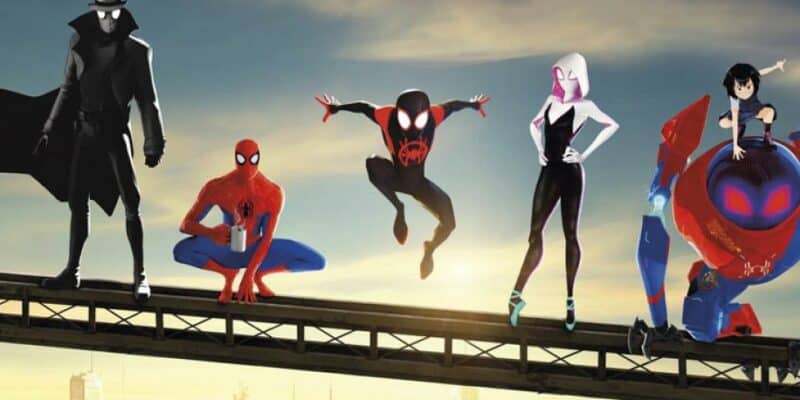 Sony’s Spider-verse has been struggling. Morbius was basically a failure, but they are still looking for new characters to spinoff. The highly anticipated follow-up to Spider-Man: Into the Spider-Verse (2018), Spider-Man: Across the Spider-Verse, was recently delayed to July 2, 2023. Marvel fans will have more time to theorize what Miles Morales (Shameik Moore), Peter B. Parker (Jake Johnson), and Gwen Stacy (Hailee Steinfeld) will be getting up to in the sequel. Now, it has been revealed that Across the Spider-Verse will feature a first for the Marvel Universe on the big screen – a pregnant superhero.

The pregnant superhero in question is Jessica Drew/ Spider-Man (voiced by Issa Rae from Insecure). Footage released a CinemaCon shows that the animated film from Phil Lord and Chris Miller will take inspiration from 2015’s Spider-Woman, run by Dennis “Hopeless” Hallum. That run saw a very pregnant female avenger taking on criminals without slowing down.

That series was officially described as:

“Jessica Drew is a private investigator, a super hero and? a mom to be? Since we last saw her, Spider-Woman’s got a whole NEW responsibility — she’s super heroing for two now, after all! Ben Urich and Porcupine are still along for the adventure, too, and aren’t making Jess’ life any easier – half the time they won’t even let her leave the car! How’s a gal supposed to save innocent people and keep herself out of harm’s way? See how in the mother of all Spider-Stories!”

At the time, it was groundbreaking to show a pregnant superhero. Most mothers in comics books are killed off in a male hero’s origin story. The Marvel Cinematic Universe only has a handful of mothers who took on the bad guys and made it through the Infinity Saga, including Pepper Potts in one scene as Rescue (Gwyneth Paltrow) and the first Wasp/Janet Van Dyne (Michelle Pfeiffer).

Jessica Drew first appeared in Marvel Spotlight #32 by Archie Goodwin and Jim Mooney. Fans have been begging for her to appear in the MCU, with Star Wars star Daisey Ridley as a front runner. However, the rights to her character are complicated. Currently, Sony Pictures may depict Jessica Drew as Spider-Woman, and Marvel may only use her without any Spider-Man-related elements, similar to how Marvel used Wanda Maximoff/Scarlet Witch (Elizabeth Olsen) in Avengers: Age of Ultron (2016).

More on Across the Spider-Verse

Like most Marvel movies these days, Spider-Man: Across the Spider-Verse has been delayed multiple times because of the COVID-19 pandemic. It was initially set to release in April, then October 2022, and is currently expected in June 2023.

Chris Miller assured fans that the Spider-Verse delay will give the creative team “more time to make it great.” He also hyped up the film during the CinemaCon presentation, saying, “The sequel is way, way bigger than the last one. It’s the largest crew of an animated movie ever.”

Miller added that Spider-Verse 2 will feature 240 characters, six times the cast of 40 from Into the Spider-Verse. That includes Oscar Isaac, who is currently playing Marc Spector/Steven Grant/Moon Knight on Disney+ but will voice Spider-Man 2099/Miguel O’Hara.

Let us know in the comments if you are excited for Jessica Drew AKA Spider-Woman, to finally show up on the big screen and be the first pregnant superhero in the Marvel Universe.