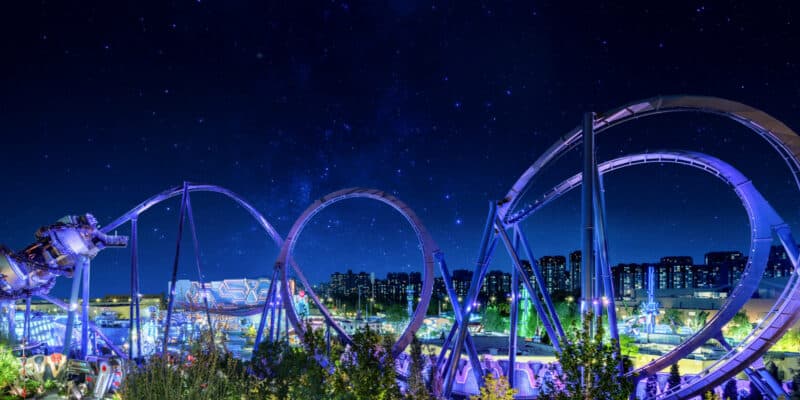 Universal Beijing Resort recently posted an announcement, allegedly in response to the accidental death of a Guest in recent days.

The incident was reported earlier this week while a Guest was riding the Decepticoaster. Universal Beijing Resort states that there was an emergency situation in the area and medical assistance responded immediately, providing the Guest with first-aid measures, including cardiopulmonary resuscitation and the use of automatic external defibrillators (AED).

As the announcement states, the Guest was sent to the hospital promptly, though the Park later learned the Guest had passed away. Universal Beijing Resort extended its condolences to the family and expressed the company was deeply saddened by the result of the incident.

The statement also mentions that the ride would be closed temporarily out of an abundance of caution and the need to cooperate with inspections required by relevant departments and presumably local authorities. It is added that once all the inspections and verifications have taken place and normal operation is ensured to meet Universal Beijing Resort’s safety standards, the ride will be reopened, and operations will be restored.

The statement was shared by Roller Coaster Dream 过山车之梦 (@RCDclub) on Twitter.

Universal Beijing Resort posted an announcement saying that earlier this week, a guest died after riding Decepticoaster (AED rescue failed), which is a very sad truth. The coaster remains closed for couple of days and will be reopen after the investigation.

Universal Beijing Resort posted an announcement saying that earlier this week, a guest died after riding Decepticoaster (AED rescue failed), which is a very sad truth. The coaster remains closed for couple of days and will be reopen after the investigation. pic.twitter.com/pqB3YePISn

As of the publication of this article, no further information had been released by Universal Beijing Resort or other sources.

Take a Ride on the Wild Side
Join Autobot Coaster, for a once-in-a-lifetime ride through the massive Decepticon Driller to observe how it processes Energon. But be careful, one wrong move and The Driller could be revving up its razor sharp teeth. You may be in for a wild ride!

Universal Beijing Resort is home to seven distinct lands featuring franchises such as Harry Potter, Transformers, Jurassic World, and more. While some lands, such as The Wizarding World of Harry Potter, are the same as you will see them in other Universal theme parks, some lands are new and exciting.

After Universal Beijing, the next new Universal Resort to open will be Epic Universe in Orlando, Florida, which is planned to open in 2025.