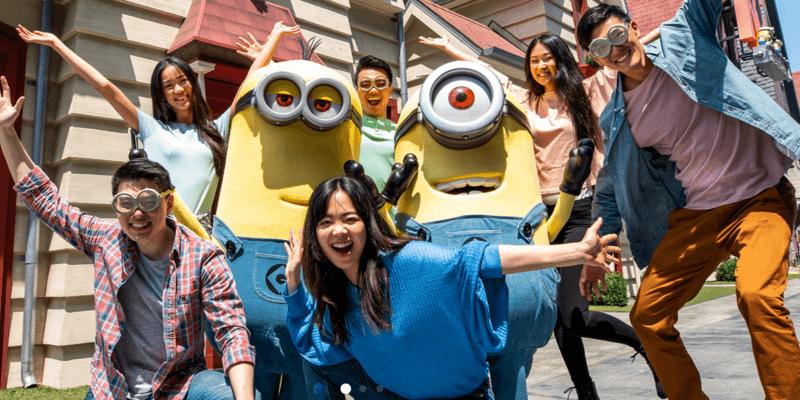 Universal is gearing up to open a brand new theme park. Universal Beijing Resort will bring the wonder of Universal theme parks to China, and help Universal expand its theme park portfolio.

Now, Universal has announced that it will begin “trial operations” as it continues to get ready for the grand opening of Universal Beijing Resort. But when will the theme park officially open?

Related: The Indominus Rex Will Hunt You in Universal’s New ‘Jurassic World’ Attraction

Universal has been hard at work on this brand new Resort. However, we know that the impact of the pandemic slowed and ultimately delayed its original planned opening. The theme park has been quietly opening for select visitors as it is now going through extensive testing.

According to a new report from Pandaily.com Universal will begin trial operations starting on September 1. It appears that these trail operations will be more intensive testing, similar to a soft opening. While initially the Universal Beijing Resort was poised to open this summer, ahead of the Beijing Winter Olympics, it is unclear when the Resort will hold its grand opening.

From the video and photos that have already appeared on social media of Universal’s newest park in Beijing, things look amazing. Universal Beijing Resort is home to come unique attractions that are not found at any other Universal property. Such as the Jurassic World Adventure attractions, which is a dark ride filled with larger-than-life dinosaurs.

Universal is rapidly expanding despite setbacks caused by the pandemic. Over at the Universal Orlando Resort construction has begun on another new theme park, Epic Universe. Epic Universe does not have an opening date set at this time and is in its early phases of construction.

Universal Studios Beijing will be home to another Universal staple, Universal CityWalk. CityWalk at the Universal Beijing Resort plays host to many recognizable shops and restaurants Universal fans are familiar with such as Toothsome Chocolate Emporium.

When do you think the Universal Beijing Resort will grand open? Let us know your thoughts in the comments.

Comments Off on Universal’s New Park Continues Trial Operations, When Will it Open?