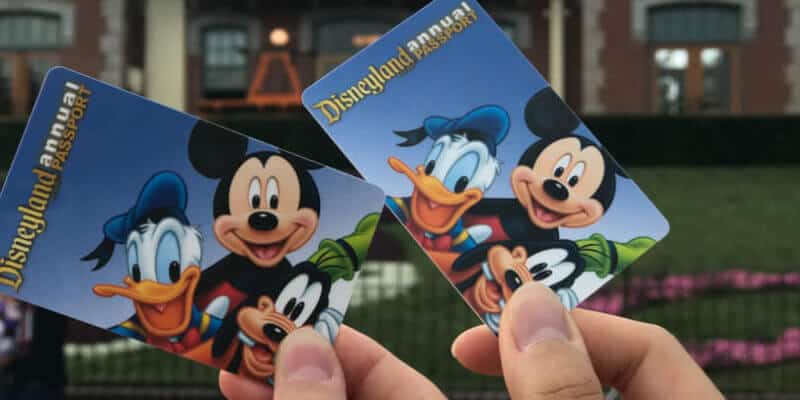 Disneyland Resort and Walt Disney World have been using a reservation system since the parks reopened in April 2021 and July 2020. This measure has been controversial and has received mixed reactions from Guests.

While many Guests find the requirement simple and consider it necessary or order to control Park capacity, most Guests think the whole online experience of buying tickets and making a reservation to be poorly designed, overcomplicated and unnecessary.

Disney Guest and Redditor u/meaniebobeanie22 decided to share their recent experience while visiting Disneyland Resort to raise awareness amongst Guests regarding what they consider the dumbest rule at Disney Parks. They mentioned they had purchased Park Hopper tickets for their vacation and presumably made reservations according to their plans but decided to upgrade their tickets as soon as they arrived at Disneyland.

They entered Disneyland Park with no issues. Still, when they decided to Park Hop to Disney California Adventure, as they had initially planned, they were stopped at the gate, arguing that they had been blocked out that day as part of the block out calendar that corresponds to the pass they upgraded earlier that day.

A manager had to be called. After the original poster explained they were unaware that would happen when they upgraded their ticket, they were let in as a courtesy, but they wouldn’t be able to return to Disneyland Park that day. Redditor u/meaniebobeanie22 was disappointed but agreed, as they were coming back to Disneyland another day anyways. After their not-so-magical experience, they urge Disney Guests to wait until the last day of their trip to upgrade their tickets if they decide to do so.

Guys quick heads up about the dumbest rule we bought regular Disney park hopper tickets and then when we got to Disneyland decided to upgrade. Well later in the day we went over to California adventure and they stopped us at the gate to tell us that since we upgraded our passes and that day is blocked off they needed to get the manager. She comes and kinda gives us a hard time about it but I explained I didn’t know and she said as a courtesy she would let us in but that we couldn’t go back to Disneyland anymore:/ kinda sucks but I guess we’re coming back another day anyway. So just a heads up wait until the end of your trip to upgrade

The official Disneyland website describes the upgrade this Redditor talks about as follows:

How Upgrading a Theme Park Ticket Works
If you have a valid and eligible Disneyland Resort theme Park ticket and decide you’d like a Magic Key pass to continue enjoying the parks again and again throughout the year, you can apply the paid value of your ticket towards the purchase price of a Magic Key pass, with some limitations.

While the site states that some limitations may apply to ticket upgrades, it is possible that Cast Members failed to inform the original poster of the risk of getting blocked out.

Some Redditors commented that they had almost seen themselves in a similar situation but that Cast Members had advised them to wait until the last day of their trip to upgrade, as the original poster mentions, or at least wait until after they Park Hop with their regular Disney Park ticket to try to upgrade it to a Magic Key Pass.

While this situation is unfortunate, we do hope the original Redditor was able to enjoy the rest of their trip to Disneyland Resort.

Do you have a Magic Key pass? How has your experience been with it? Let us know in the comments below!