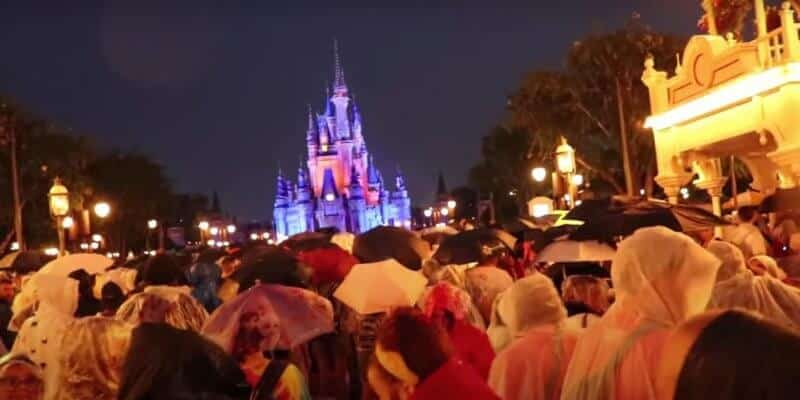 One Disney Guest was recently accused of assault after being pushed and yelled at during a Disney World nighttime show.

Even at “The Most Magical Place on Earth” tensions can run high and fights can break out. When visiting the Walt Disney World Resort, you tend to picture the perfect vacation for all ages. From rides and attractions to shows and restaurants, there are so many great opportunities to have fun at Disney World.

However not everything is always positive at the Disney Parks and with so many Guests visiting every single day, you are bound to encounter some rude or possibly violent ones during your stay. As stated in a Reddit post, this is exactly what happened to one Guest the other day while watching the nighttime firework show at the Magic Kingdom. Please be advised this is according to the Guest, and not confirmed by an official investigation.

See their full statement below:

Tonight while on Main Street (roped off) and watching the fireworks, when the lights went out a couple of people tried to duck under the rope without any CMs seeing. As they did so, they stepped on and tried to push a member of our party out their way.

They refused to move, at which point, some nasty words were exchanged. Another member of our party stepped in and things escalated into some abusive language (mostly in Spanish from them) and an insistance from us that they simply cannot push people out of the way when they’ve been waiting, in a good spot for over and hour.

Things calmed down, but as the show ended we were approached by park security.

The people trying to push in had claimed one of us assaulted their child and they wanted the police involved. Nobody actually got assaulted, besides maybe some slight pushing back – purely to stop being stepped on however.

This meant we had to trudge over to the security office and speak to both park securiry and the police to sort it all out.

The cops were fine. There was a CM who witnessed what happened and made a statement on our behalf / in our favor and we were sent on our way. The whole thing was dropped and sorted in 20 minutes.

We had some young children and the security team were great – offering us Micky bars water etc. while we waited.

Related: Diehard Disney Fans Call It Quits With the Parks

As you can read, the situation unfolded on Main Street, U.S.A. during Magic Kingdom’s nightly fireworks show when one Guest started pushing a member of another group. The Guests were trying to sneak under a rope and as they did so, they stepped on and tried to push a member of the party out of their way.

This resulted in vulgar language being thrown around until security eventually showed up. The people who started the conflict approached security and claimed that the group they had pushed had assaulted their child, making it their fault. Fortunately, a Cast Member witnessed the entire interaction and was able to straighten the story out to the police.

Further down in the post, the Guest also gives out some advice on how to handle situations such as these:

It should be noted that Guests should report any illegal activity they encounter at Disney, and in cases like this, contacting a Cast Member is the right course of action.