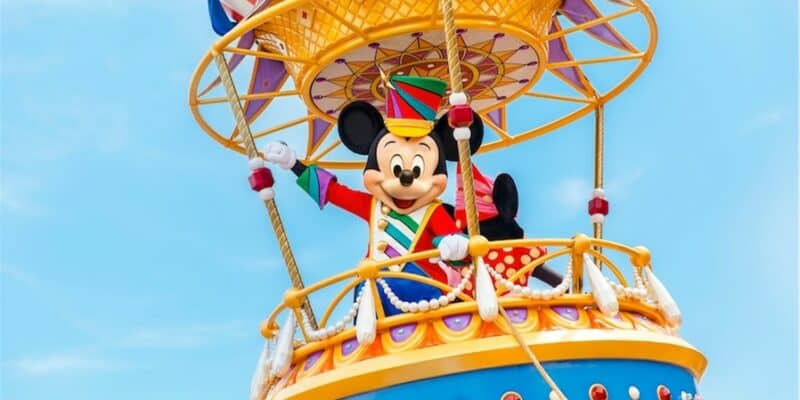 Have you ever been to your local mall, and while walking past a store, noticed that the center of the hallway held a tiny amusement park area for children? Often, these areas would hold a small carousel, a photo booth, and some attractions that would simulate driving a car by moving forward and backward. These rides still exist in many malls today, and oftentimes, feature characters that many children know and love.

Of course, this is a great tactic by companies who own the machines and attractions, as it will quickly capture the eye of children walking by who will likely beg their parents with screams until they are allowed to ride for a cost of around $2.00. Although these rides could never measure up to the attractions at Walt Disney World, such as the Haunted Mansion, Pirates of the Caribbean, Mad Tea Party, Dumbo the Flying Elephant, Peter Pan’s Flight, and more — they may have the ability to allow a child to feel like they are in Disney.

Related: Most Popular WDW Ride During Easter Weekend May Surprise You

Many of these rides have actually licensed the ability to use Disney characters on the attraction, so it is not uncommon to see Mickey Mouse or Minnie Mouse sitting on top of a car. One Reddit fan recently took to the social media page to share a photo of what looks to be an abandoned Mickey Mouse attraction at a local mall. The writer notes that the attraction is placed in the trash area of the parking lot, and is covered in dust. It seems the writer was also able to confirm that this attraction was officially licensed by Disney!

So I was driving in this small mall’s parking lot and found this. It’s just collecting dust. I’m going to contact the management to make an offer as it was in the trash area but my question is are these worth a lot of money to collectors? It is licensed as I checked the bottom of it.

So I was driving in this small mall’s parking lot and found this. It’s just collecting dust. I’m going to contact the management to make an offer as it was in the trash area but my question is are these worth a lot of money to collectors? It is licensed as I checked the bottom of it. from disney

Although Disney is a popular IP to use on these kiddie rides, Thomas the Train, Bob the Builder, Stuart Little, Garfield, Clifford the Big Red Dog, Snoopy, Barney, and more are also popular options that many manufacturers lease with licensing agreements. Below, you can check out a YouTube video of a Frozen attraction. We can see that Anna, Elsa, Olaf, Sven, and Kristoff are present in the attraction, which would surely attract the attention of many fans.

At a Canadian mall near Toronto, Ontario, we can see a Mickey Mouse attraction moving as a child sits on the train with Mickey behind him. It may not be the Walt Disney World Railroad attraction, but it may come in as a close second for those who cannot be at the Parks all of the time!

Have you ever ridden one of these kiddie attractions at your local mall?