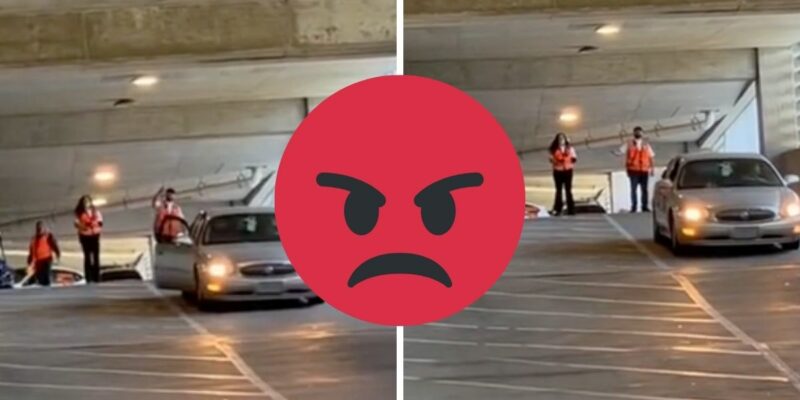 An altercation between Disney Guests and workers was caught on video. The incident appears to have taken place in one of the parking garages at Disney Springs — Disney World’s shopping and dining district.

A portion of the altercation was caught on video by a TikTok user, but it was the end of the situation. At this time it is unclear as to what instigated the fight, but in the clip shared to social media, you can hear the employees yelling very loudly at the vehicle to “exit the garage” and to “have a good day”.

We do want to note that the workers seen in this video are technically Reedy Creek Improvement District employees.

You can see a portion of the altercation in the video below.

Within the comments section of the video, the original TikTok poster explained, “They were behind us but not sure what happened. They had gotten out of their car at one point as well.”

They also added, “To what I know the car was leaving but stopped where they were and started cussing out the workers.”

Again, at this time we are unsure of what started this altercation, but many comments on the video indicate that the Guests were rude and not listening to the workers, which escalated the incident, resulting in the workers forcing the Guests to exit the garage.

A list of rules and regulations at Walt Disney World can be viewed on their official website here.