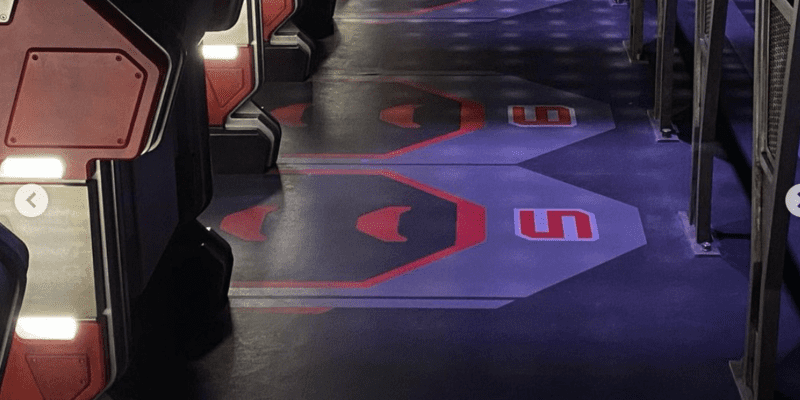 Anticipation is building as the all-new Guardians of the Galaxy: Cosmic Rewind coaster is just weeks away from its official opening day debut.

Disney Park Cast Members were already treated to previews and D23 Gold Members, as well as Disney Annual Passholders, will have previews before the attraction officially opens on May 27.

Anyone who has watched the Guardians of the Galaxy movies knows Peter Quill (a.k.a. Star-Lord) loves music more than just about anything. Classic pop tunes are woven into the fabric of why we adore these films and characters so much, so I’m happy to report there will also be a great playlist for Guardians of the Galaxy: Cosmic Rewind when this new attraction debuts May 27 at EPCOT.

When Disney Imagineers were developing this family-thrill coaster, they came up with a list of more than 100 potential songs for the Starjumpers’ onboard sound system. The team rode the attraction over and over again (it’s a tough job, but somebody’s gotta do it) testing how various tracks fit with the spirit and the movement of the coaster. They finally settled on this “Awesome Mix” of six songs, in their classic versions:

What’s even cooler about this attraction? You won’t know which track you’ll hear each time you ride until you actually blast off with the Guardians on an intergalactic chase through time and space. You’ll need all the encouragement you can get, too, because the Guardians are asking for our help to stop Eson, the Celestial from completing what a very nefarious plan.

Whatever his intentions, at least we have the Guardians on our side – awesome tunes and all. Come help them save the galaxy (again!) beginning May 27 when Guardians of the Galaxy: Cosmic Rewind officially opens at EPCOT as a major milestone in the park’s historic transformation and another big moment in the Walt Disney World 50th Anniversary celebration (#DisneyWorld50).

Are you excited for Guardians of the Galaxy: Cosmic Rewind? Let us know in the comments!