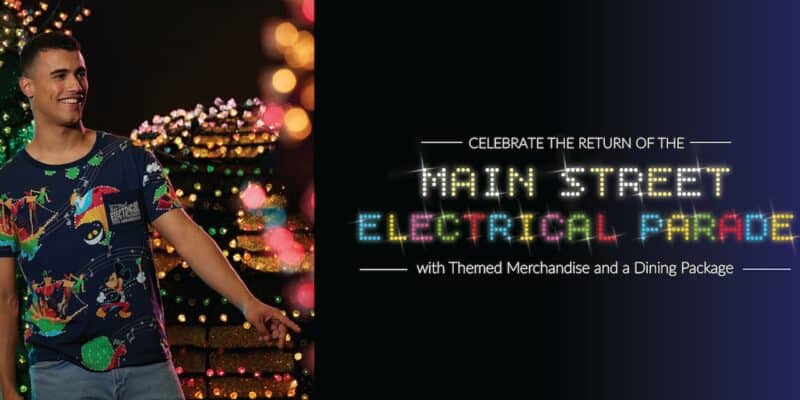 Since Disney announced the return of the Main Street Electrical Parade last year, fans have been looking forward to seeing this iconic nighttime spectacular once again at Disneyland Park.

The official announcement came with some changes to the iconic parade, as detailed by Disney Parks Blog:

With an official date announced, Guests have been counting the days until the Parade makes its way back to Disneyland Park, illuminating Main Street, U.S.A., on April 22.

To cause even more excitement amongst Guests, Disney announced the launch of a new merchandise line, celebrating the return of the Main Street Electrical Parade, coming soon to Disneyland Resort and shopDisney. The announcement was made through the Disney Parks Blog, sharing images and details of the different pieces included in this collection.

Related: Main Street Electrical Parade Is Returning, But Fans Wish It Was to a Different Park

The line will include shirts with glow ink, leggings, and the perfect pair of ears so that the parade floats won’t be the only ones turning heads.

This celebratory collection will also bring a new Main Street Electrical Parade mini backpack by Loungefly, holding all of your Park essentials, leaving Guests’ hands free to clap with the iconic electro-synthe-magnetic musical sound of the and the music accompanying the new grand finale for this fan-favorite nighttime spectacular.

The announced collection ends with a Main Street Electrical Parade dress with glow-in-the-dark accents, featuring Pete’s dragon and Elliot, amongst other iconic floats, and is perfectly complemented by a sash that salutes the 50th anniversary of this timeless classic.

The announcement also mentioned a special dining package coming to Disneyland Park during this 50th-anniversary celebration.

Will you be adding this new collection to your Disney apparel? Let us know in the comments below!