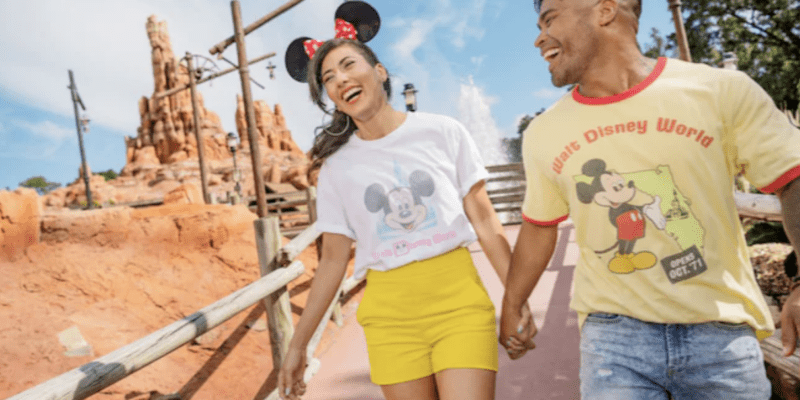 While superfans of the Disney Parks exist, one couple took things to the next level.

There is no denying that some Guests take the Disney Park experience more seriously than others. In the past, we have seen some Guests show their insane devotion to the Parks and Resorts with some even donating plasma in order to afford trips. Recently, an article published by Insider shared the story of a couple and their never-ending love for Disney Parks.

As shared in the story, a Disney-obsessed couple took things to the next level when moving in together. As stated by the wife, “I always dreamed of living near Disney World, so when my husband and I moved in together, we built our house 15 minutes away”. That’s right, they loved Disney World so much that they decided to build a house minutes away from the Resort. Now instead of wading through the intimidating sea of crowds, the couple can watch the Magic Kingdom fireworks from the comfort of their own neighborhood every night.

The couple said that they would identify as “Disney Adults”, a common term given to older Guests who have a passion for not just Walt Disney World but Disneyland and all the other Disney Parks. The couple said that for the first year, they rented an apartment in Celebration, Florida, which is a tiny town near the Disney Parks. This helped them figure out if they really liked living in the area as well as living inside the “Disney bubble”.

After looking at various locations for living, the couple ultimately decided that building a custom home would be the best choice for them. The house is nestled just behind Magic Kingdom because “it was most important for us to be no more than 15 minutes from the theme Park.

The couple also shared a very special “Disney” proposal, with them getting engaged at Disney’s fabulous California Grill in the Contemporary Resort as Magic Kingdom fireworks went off around them. They said that it “only made sens” for them to also plan a Disney wedding, with the two tying the knot at the Four Seasons Orlando on Disney property, with Mickey Mouse himself attending.

The couple says that they have gotten a lot of flack throughout the years for their love of the parks, but they have made beautiful connections there and the Resort is an important part of their lives.

Moving near Disney World is something that many fans do if they choose to relocated to Orlando, leaving them minutes from the magic!

Do you love Disney enough to build a house next to it?