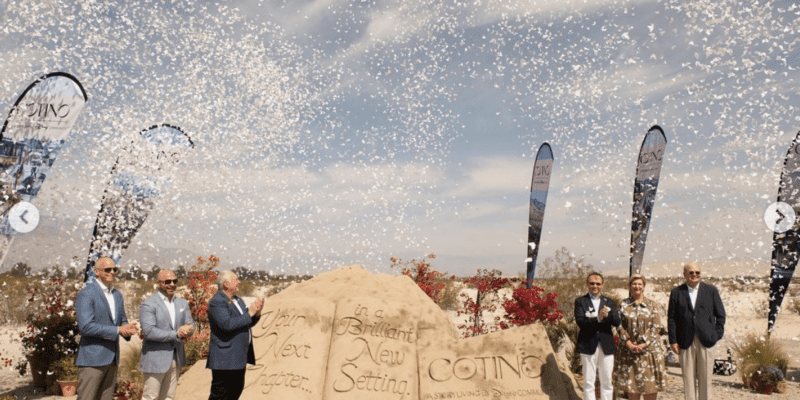 In February, The Walt Disney Company has confirmed that it has officially launched a new division — Storyliving by Disney. This will help to develop more residential communities.

In the past, we have seen these communities pop up in other Disney Parks such as Walt Disney World. Disney already has a luxury housing community near Walt Disney World Resort in Orlando, Florida. Golden Oak is comprised of several neighborhoods — Carolwood, Kimball Trace, Kingswell, Marceline, Silverbrook, Symphony Grove, The Cottages at Symphony Grove, and Four Seasons Private Residences Orlando. We also saw Disney attempt this in the past with Celebration, a town in Orlando that is no longer owned by the company.

As we have noted, Storyliving by Disney will seemingly take bring the Golden Oak lifestyle to new areas of the country. Disney shared a quote from Parks, Experiences and Products Chairman Josh D’Amaro about this new division, and how exciting it is for the company to bring Disney magic to families outside of Disney Parks:

“For nearly 100 years, Disney has shared stories that have touched the hearts and minds of people all around the world. As we prepare to enter our second century, we are developing new and exciting ways to bring the magic of Disney to people wherever they are, expanding storytelling to storyliving. We can’t wait to welcome residents to these beautiful and unique Disney communities where they can live their lives to the fullest.”

According to a press release from Disney, the first community will be located in California:

As more and more fans look for new ways to make Disney a bigger part of their lives, the company today announced plans to introduce Storyliving by Disney, vibrant new neighborhoods that are infused with the company’s special brand of magic. These master-planned communities are intended to inspire residents to foster new friendships, pursue their interests and write the next exciting chapter in their lives—all while enjoying the attention to detail, unique amenities and special touches that are Disney hallmarks.

The first Storyliving by Disney community will be built in Rancho Mirage, in California’s Coachella Valley—a location where Walt Disney himself owned a home and would spend leisure time with his family. Additional locations in the U.S. are under exploration for future development.

Now, Disney has broke ground for the community, which is said to be ready in 2024.

Imagineers joined the groundbreaking ceremony today for Cotino, a Storyliving by Disney community being brought to life alongside world-class designers and developers in Rancho Mirage, CA. Michael Hundgen, Exec Producer, shared how the project team is drawing on the region’s past and present to inspire the story of Cotino – one that is connected to the natural beauty and rich history of Coachella Valley, as well as its continued influence in arts, music, and culture.

We anticipate welcoming residents in early 2024, and can’t wait to share more as progress continues!

As noted in the post, it seems that the community is gearing up to be ready by 2024. Disney further discusses the new community as:

A LIVING PAINTING
For centuries, humanity has been drawn to the sands, mountains, springs, and valleys of the Palm Desert. Its unique climate, diverse flora and fauna, and boundless beauty have inspired generations of makers, from original inhabitant Cahuilla basket-weavers and storytellers, to contemporary artists and innovators. All for good reason. The many colors of this natural wonderland surprise first-time visitors with vivid greens, liquid blues and dynamic reds and yellows bringing unexpected life to the ruddy cocoa tones that frame the landscape in grandeur.

Now, inspired by both the landscape and its history, the unique magic of the region has been combined with the imagination of Disney to make something new – Cotino™, a Storyliving by Disney™ community. This brilliant living painting is not only fueled by its own dynamic energy, but empowers all who live here, creating a vibrant atmosphere that encourages residents to keep dreaming and keep doing.

Offering a range of home types to choose from, including condominiums and single-family homes. In addition to the residential component, the Cotino community has zoning approvals for the development of a hotel and a range of shopping, dining and entertainment offerings anchored by an approximate 24-acre grand oasis featuring the clearest turquoise waters with Crystal Lagoons® technology and a promenade area offering vistas of the oasis and the Santa Ana mountain range in the distance. A portion of the oasis will include a professionally managed beach park with recreational water activities that can be accessed by the public through the purchase of a day pass.

The result? A place to discover new passions and new beginnings. A place where charming gathering spots foster new friendship. Where nature intersects with human curiosity. And where each day is a new chapter in the most exciting story yet to be written… yours.

The very heart of any Storyliving by Disney community rests in Disney’s vision of vibrant settings and magical possibilities. Imagination and inspiration have been carefully infused into every detail to provide invigorating and rejuvenating environments and activities. In Cotino, a Storyliving by Disney community, a voluntary club membership offers access to a waterfront clubhouse, a club-only beach area and recreational water activities, as well as Disney entertainment and activities throughout the year at an additional fee.

Are you excited to see how Storyliving develops? Let us know in the comments below.