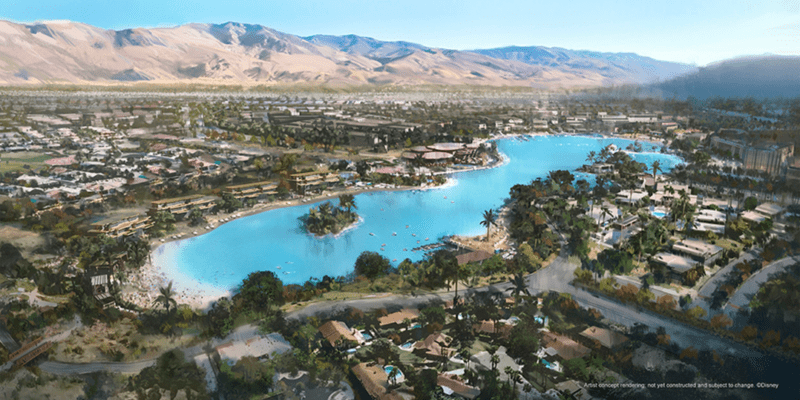 Today, The Walt Disney Company has confirmed that it has officially launched a new division — Storyliving by Disney — to develop residential communities.

According to a press release from Disney, the first community will be located in California:

As more and more fans look for new ways to make Disney a bigger part of their lives, the company today announced plans to introduce Storyliving by Disney, vibrant new neighborhoods that are infused with the company’s special brand of magic. These master-planned communities are intended to inspire residents to foster new friendships, pursue their interests and write the next exciting chapter in their lives—all while enjoying the attention to detail, unique amenities and special touches that are Disney hallmarks.

The first Storyliving by Disney community will be built in Rancho Mirage, in California’s Coachella Valley—a location where Walt Disney himself owned a home and would spend leisure time with his family. Additional locations in the U.S. are under exploration for future development.

Disney already has a luxury housing community near Walt Disney World Resort in Orlando, Florida. Golden Oak is comprised of several neighborhoods — Carolwood, Kimball Trace, Kingswell, Marceline, Silverbrook, Symphony Grove, The Cottages at Symphony Grove, and Four Seasons Private Residences Orlando — that all pay homage to Walt Disney himself. Each has unique aesthetics and features, so be sure to discover them all on the official Golden Oak website.

Storyliving by Disney will seemingly take bring the Golden Oak lifestyle to new areas of the country. Disney shared a quote from Parks, Experiences and Products Chairman Josh D’Amaro about this new division, and how exciting it is for the company to bring Disney magic to families outside of Disney Parks:

“For nearly 100 years, Disney has shared stories that have touched the hearts and minds of people all around the world. As we prepare to enter our second century, we are developing new and exciting ways to bring the magic of Disney to people wherever they are, expanding storytelling to storyliving. We can’t wait to welcome residents to these beautiful and unique Disney communities where they can live their lives to the fullest.”

Disney noted that some communities will be for residents age 55+ and all will feature a variety of amenities, including “wellness programming; entertainment ranging from live performances to cooking classes; philanthropic endeavors; seminars and much more.”