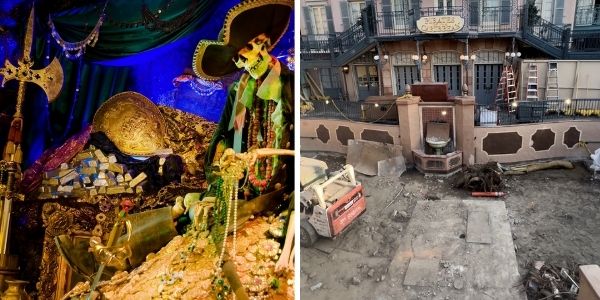 We recently got a behind-the-scenes look at the construction progress on one of Disneyland’s most beloved rides.

Related: Here’s How Disney Has Been Quietly Removing Your Favorite Ride

While Walt Disney World may have more Parks, many Guests would argue that Disneyland has that special “x-factor” none of the other Disney Parks or Resorts have. Being the first one to open gives the Disneyland Resort in Anaheim, California a special level of history and uniqueness that can’t be found anywhere else.

Disneyland also has a stellar lineup of classic attractions like Matterhorn Bobsleds, Mr. Toad’s Wild Ride, and of course, the original Haunted Mansion. But Disneyland also has what may call a “superior” version of Pirates of the Caribbean, blowing the Disney Resort in Orlando, Florida out of the water (pun intended). However, as of a few weeks ago, this beloved ride has been closed for an extended refurbishment and as of now, has been left in a pretty shocking state.

On Reddit, a popular social media discussion site, u/GSullivanJr shared a photo of the current status of the queue for Pirates of the Caribbean, showing the destroyed concrete and walkways:

Do you miss this iconic Disney attraction?