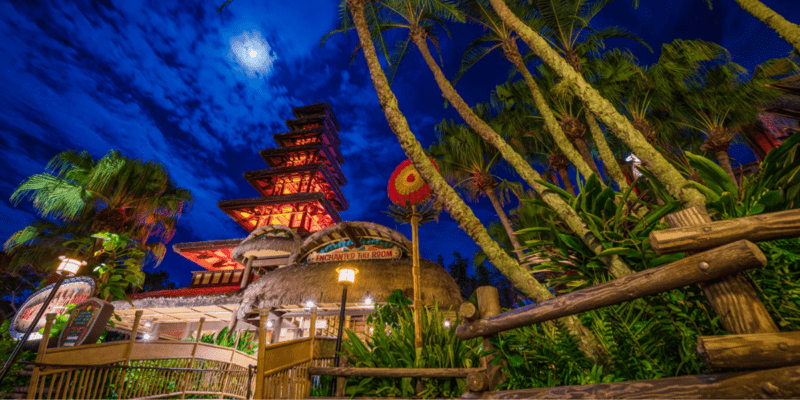 TikTok recently made the song “Squidward’s Tiki Land” from the SpongeBob SquarePants series quickly gain popularity. The song is sung during one scene from the episode “Enchanted Tiki Dreams,” in which Squidward floats through a river being serenaded by Tiki masks.

Thanks to this sound going viral on TikTok, Guests are now demanding that Universal makes a version of Walt Disney’s Enchanted Tiki Room inspired by this song and with theming inspired by the SpongeBob series.

In a video posted by Brendan Assaf (@brendanassaf) on TikTok, he even suggests where the attraction should be placed and comments that he is currently studying theme Park design.

You can see the full video down below:

This motion was seconded by user1539578041532 (@pure.pixiedust), who posted a video response mentioning how Volcano Bay gives her the strong impression that the Water Park could have been planned as a SpongeBob themed project at some point, based on the music, fonts, the layout and especially the kids’ area. Her theory provides a second possible location for the attraction if Universal decided to take action towards expanding the presence of this IP in their parks.

It could be possible to bring this attraction to life since Universal currently owns the rights to use this IP. However, Universal has not fully exploited it, as Universal Studios Florida only has a single store called SpongeBob StorePants, some meet and greets, and parade appearances. Now that this viral TikTok audio has reignited the interest in the show, it would be the perfect time for Universal to capitalize on the popularity of the IP.

Related: Will Universal Use Unfinished Bikini Bottom Plans to Replace ‘The Simpsons’?

It is worth noting that Universal has not released any official information regarding new projects related to this IP, and with the continued development and construction of Universal’s Epic Universe, it is highly improbable that the company will consider them in the near future.

Would you like to see more of SpongeBob at Universal Parks? Let us know in the comments below!

If you want to visit Universal Orlando Resort, you can today! Click here to get your vacation started! You can go to Universal Studios Florida, Islands of Adventure, eat some dinner and grab a drink at CityWalk. Want to take a splash? Volcano Bay is ready for you. With so many fun events like Mardi Gras, Halloween Horror Nights, and more, Universal will give you an action-packed adventure like you are in the movies! Or, how about a trip to Universal Studios Hollywood to experience the movies?