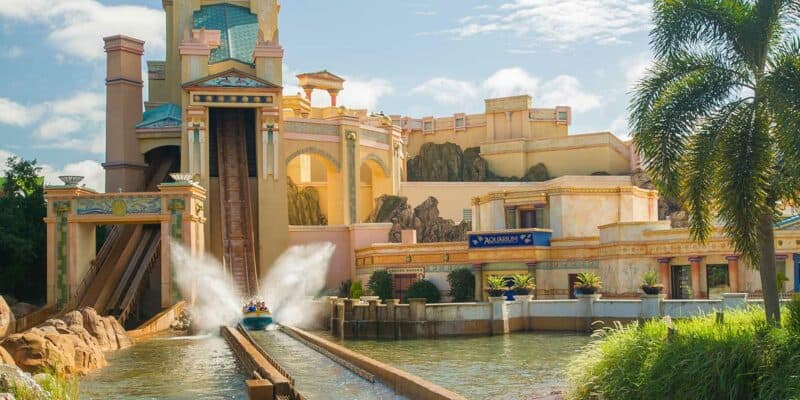 SeaWorld continues developing a world-class roller coaster line-up. With the recent announcement of Surf Coaster, the newest addition to the park expected to open next year, each time, it is easier to picture SeaWorld matching or even exceeding some of the major theme parks in the area.

Redditor u/ghostofdreadmon recently shared their experience during their last visit to SeaWorld Orlando, detailing the park having lighter crowds before the Easter weekend and adding that lines were almost non-existent for the Seven Seas Food Festival booths. Apart from that, they shared a list, ranking each roller coaster they got to ride under a slightly bizarre consideration.

[All, Sea World Orlando] How do you rank them? (trip report/review in comments) 4/14/22 from rollercoasters

This Guest ranks Mako as their favorite experience onsite and as one of their favorite attractions of all time. The official website for SeaWorld Orlando describes the attraction as Orlando’s tallest and fastest roller coaster, reaching speeds of up to 73 miles per hour and heights of up to 200 feet, making it no wonder it came at the top of this list.

Manta and Ice Breaker come in second and third place, respectively, as this Guest points out that Manta is one of the few stand-up coasters they actually enjoy. They add that Ice Breaker had experienced issues during their previous visit and that it broke down again as soon as they stepped out of the attraction.

Ice breaker is SeaWorld Orlando’s newest roller coaster and the park’s first launch roller coaster. The 8.2 million dollar attraction shoots up and down at 93 feet and hits a speed of 52 miles per hour. Although those stats don’t really give off the “terrifying” vibe, the coaster packs a lot more punch than it may seem.

Kraken comes fourth in this Guest’s ranking, stating that the ride is starting to show its age, but the experience aboard Orlando’s only floorless roller coaster is still enjoyable.

Surprisingly, Super Grover’s Boxcar Derby takes the fifth and last spot in this ranking, not Journey to Atlantis, the remaining SeaWorld’s extreme attraction. The original poster comments that they don’t consider Journey to Atlantis as a roller coaster, even when the attraction has some coaster elements.

They gave no further explanation as to why they have this bizarre consideration, but it certainly sparked interest amongst their readers. Some commented they would have to ride Super Grover’s Boxcar Derby on their next visit, as seeing it in this rank makes it sound more fun and interesting than they initially thought. In contrast, others couldn’t understand the bizarre decision of considering this ride but not Journey to Atlantis in this ranking.

Which is your favorite roller coaster at SeaWorld Orlando? Let us know in the comments below!