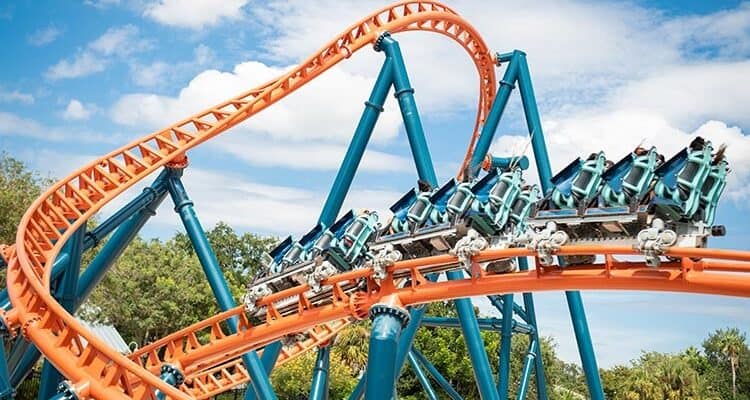 Amid the theme park’s constant arms race for the fastest, tallest, and steepest rides, SeaWorld casually announced its latest project on Twitter.

Earlier today, SeaWorld (@SeaWorld) tweeted a photo captioned with “Some beautiful palm trees right there…”. We can see two lovely palm trees right in front of the massive steel tracks the park received today in the picture.

Some beautiful palm trees right there…

In the meantime, Guests can enjoy Ice Breaker, currently the newest coaster built at SeaWorld Orlando; its bright colors pull Guests in and fill a hole in the Park, which previously did not do any favors. Ice Breaker was announced to be built in 2019, but the coaster’s opening date was severely pushed back due to the pandemic. The 8.2 million dollar attraction shoots up and down at 93 feet and hits a speed of 52 miles per hour. Although those stats don’t really give off the “terrifying” vibe, the coaster packs a lot more punch than it may seem.

Named after the icy Arctic summits, Ice Breaker will feature four airtime-filled launches, both backward and forwards, culminating in a reverse launch into the steepest beyond vertical drop in Florida – a 93 feet tall spike with 100-degree angle. The thrills continue as riders fly over a near-vertical tophat maneuver into a series of exciting twists, turns, and airtime hills. The brand-new coaster will be located across from Wild Arctic and opens February 18, 2022.