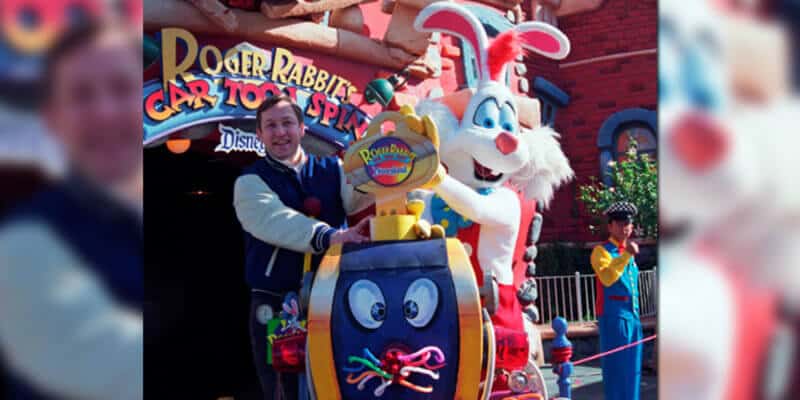 Who Framed Roger Rabbit is considered a controversial film by many. Despite some of its backlash from Disney fans, the movie still has a hidden tribute at one of the Disney World theme parks!

For starters, if you are not familiar, Who Framed Roger Rabbit is described as:

The film has been a hot topic among fans as of late due to the Jessica Rabbit animatronic being removed from Roger Rabbit’s Car Toon Spin at Disneyland. Not long after the animatronic disappeared, Disney confirmed that the ride would be receiving an updated storyline.

According to Disney, Jessica Rabbit will become the new private eye in Mickey’s ToonTown to put a stop to those weasels in Roger Rabbit’s Car Toon Spin once and for all.

Although the film has an entire ride dedicated to it at Disneyland, Walt Disney World rarely has anything — except for one very small hidden tribute!

Disney’s Hollywood Studios is a theme park at Walt Disney World that brings Guests into the imagined worlds of film, television, music, and theatre, drawing inspiration from the Golden Age of Hollywood.

All throughout the Park, Guests can find small tributes to various movies and companies — including the controversial Who Framed Roger Rabbit?

In the window to the left, you can also see a cutout of Roger Rabbit, which looks as though he has broken through the glass — another tribute to the movie.

Hidden Roger Rabbit tribute in Hollywood Studios! Did you know this was there? #disney #disneyaddict #hollywoodstudios #waltdisneyworld #rogerrabbit

Did you know about this hidden tribute to Who Framed Roger Rabbit? at Disney’s Hollywood Studios? Let us know in the comments below.