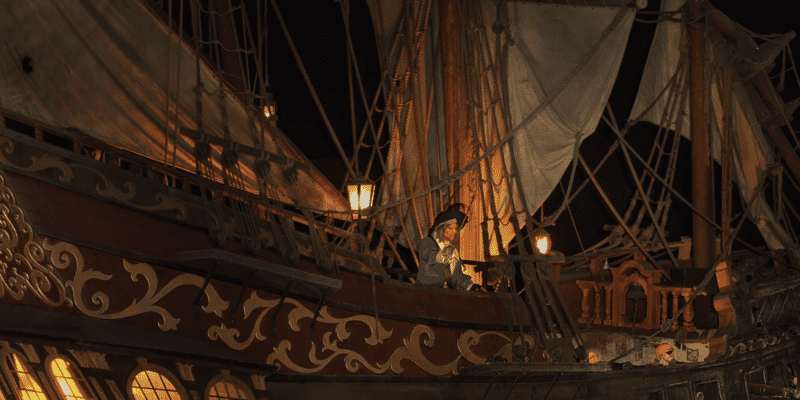 At the moment, we have been seeing heightened crowds at both Walt Disney World Resort and Disneyland Resort, thanks to spring break. With so many schools out at different times throughout the spring months, the Disney Parks are often flooded with different school districts and their families looking to experience some magic before they are back at their desks.

Earlier this month, we reported that Walt Disney World Resort sold out of Disney Park Passes for the week as so many Guests were at the Parks. In Disneyland, more availability was allowed, however, there has still definitely been an influx of Guests due to the local Guests being out of school. Since both Disneyland Park and Disney California Adventure both attract a much more local-based crowd than the tourism-based crowd Disney World has, we can see that the spring break rush is more centralized over a smaller period of time.

That being said, it is still shocking to see a Park look empty during the day! One Guest who was recently at Disneyland Park noticed that it was nearly empty in New Orleans Square! The Guest noted that they think that the current closure of Pirates of the Caribbean, which is under refurbishment until summer 2022, mixed with the early morning hours, as well as the Food and Wine, pull Disney California Adventure has is likely a major reason as to why this section of Disneyland Park looked so empty.

I’ve never seen NOS this empty before even in the morning. This was yesterday (3/27) at around 9am. Probably a combo of pirates closed, early in the day, + food and wine fest.

I’ve never seen NOS this empty before even in the morning. This was yesterday (3/27) at around 9am. Probably a combo of pirates closed, early in the day, + food and wine fest. from Disneyland

Others started to chime in with their experiences of being in a Park while empty. One Guest commented:

i saw it that empty back in January around 9.30-10am. by 11am, it was PACKED with people. it was EERIE when i saw it like that, wondering what was up. it turns out PotC was down until about 10.30 that morning, so i’m sure that’s a big part of the reason with it currently closed. i’d also guess that so many people are in the queue for Rise of the Resistance (or even Space Mountain before it gets busy).

Another Guest noted that even later that day, the area was not the terrible bottleneck that so many Disneylanders have experienced.

Yesterday afternoon and evening weren’t bad either – when the winds picked up and temps dropped, there was like a mass exodus. We arrived around 5:30pm and ride lines were short, food & wine lines were short, and it just felt overall pretty chill.

Overall, it seems that there is a chance that without Pirates of the Caribbean in operation over the next few months, that this area will have less foot traffic than usual. That being said, the New Orleans Square walkways are tight, and serve as a walkway around Disneyland, so it will likely not look this empty on your next visit!

What time do you think is best to experience an empty Disneyland?