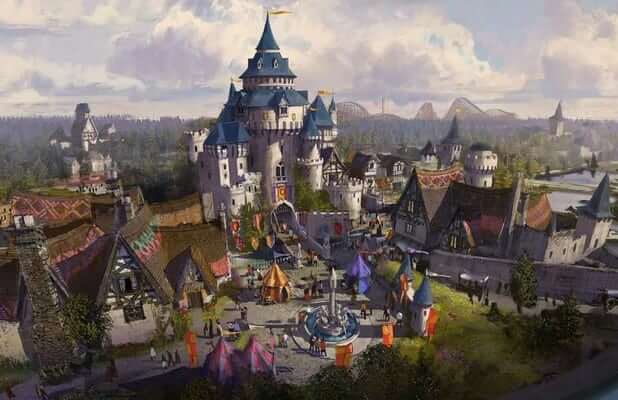 The theme park that was almost decimated by a single spider, is now spiraling once again.

Could you imagine if your country was gearing up to build a Disneyland-inspired theme park, only to have a spider stand in the way of its inception? Well, that is exactly what happened in the U.K. A theme park that would have been worth over $4.5 billion USD almost ended up getting squashed by a one-centimeter spider.

Reportedly, the theme park is said to be “136 times bigger than the Wembley Stadium, occupying a 535-acre land space,” and around 70 percent of the attractions will be undercover to cope with the unpredictable English weather. The theme park would not follow the “classic” castle look like Disneyland to a tee, but would do so with a twist. The Park’s theming is meant to reflect British television and films. The park has been called the “Paramount” Resort by many due to the ties with the production company,  located in Kent.

After a rare spider was found on the construction site, it was said that the theme park could be potentially ruining a natural habitat. The announcement made companies like BBC and ITV, who were initially partners for the theme park, cut ties with the Paramount theme park. Now Variety is reporting that another “stumbling block” has been hit.

On Tuesday, PY Gerbeau, chief executive of London Resort Company Holdings (LRCH), the developers behind The London Resort, confirmed that the company was withdrawing its current application.

Gerbeau blamed the decision on the reclassification of a local boat dock as a ‘freeport’ (which isn’t subject to normal taxes and customs regulations), which would have an impact on the ferry terminal envisaged as part of the site’s redevelopment.

Because of this, the theme park has taken their current application noting all their plans away, and will work on redoing them. We do not know if this is going to cause another derailment of the theme park opening.

What do you think of this U.K. Disneyland? Let us know in the comments below.