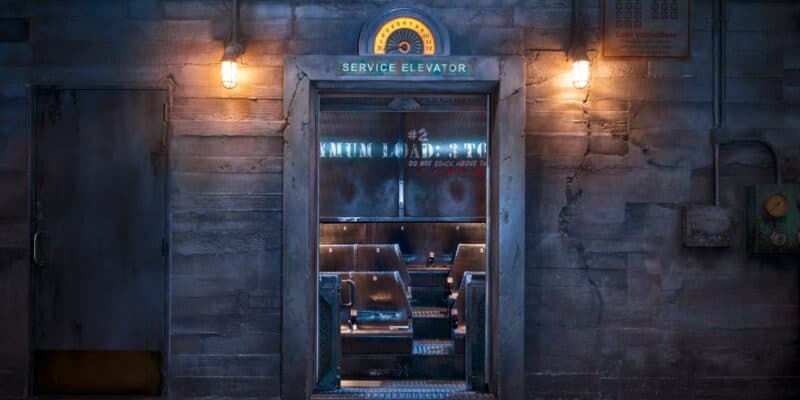 The Tower of Terror at Disney’s Hollywood Studios is a popular ride that gives Guests a thrilling, yet unique, experience. The thrill ride drops Guests directly into the Twilight Zone every few seconds — and, it is obvious as you can hear the screams coming from the top of the tower as you walk down Sunset Boulevard.

Well, one time a Guest was so scared, they actually jumped out of the moving Tower of Terror elevator.

In 2016, I was part of the Disney College Program and took a backstage tour of the iconic Tower of Terror attraction at Disney’s Hollywood Studios. Not only did we learn about how the ride works, the backstory, and see the ride from different floors, but we also learned about stories from over the years.

Our tour guide, who has been working at Tower of Terror since opening day, explained that when the attraction first opened, it did not have seatbelts. Instead, the ride featured a lap bar, which would go across the entire row, meaning if one Guest was “pooh sized”, it could affect how snug the lap bar fit other Guests in the row.

Well, on one ride, a middle aged woman was terrified as she loaded the elevator. She was asked if she wanted to skip the ride, but she insisted on going on. The row pulled the lap bar down and the ride began.

When the elevator hit the first scene, showing the family in the hotel lobby, panic completely took over the Guest and she squeezed her way out of the lap bar and ran right into the hotel lobby scene.

The attraction stopped immediately and Cast Members were able to get the woman to safety. After a few minutes passed by and the Guest had medical attention, she came to and admitted she had no relocation of jumping out of the elevator! It can be scary what fear and panic can do to a human.

Now a days, Tower of Terror features seatbelts so this cannot happen again, but if you are ever too scared to ride a ride, or want to pass for another reason, just inform a nearby Cast Member and they can escort you off and out of the attraction safely.

Did you know that Tower of Terror once had lap bars? Let us know in the comments below.