Next Stop: 5th Dimension? Disney Should Build a Real-Life Tower of Terror - Inside the Magic 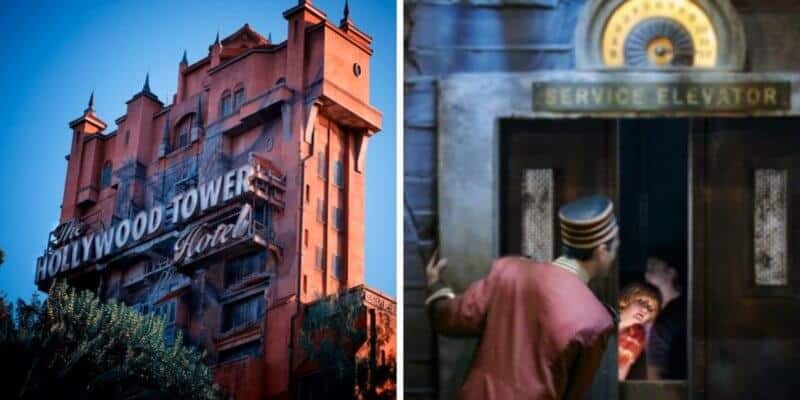 Tower of Terror is a thrill ride located at Disney’s Hollywood Studios in Walt Disney World Resort. It takes Guests into the 5th dimension after hopping aboard a maintenance service elevator. Though it makes for a great thrill ride, what if Disney took it to the next level? What if they built an actual Tower of Terror Hotel at the Disney Parks?

A Real-Life Tower of Terror Hotel?

It’s no secret that Disney is trying to become more and more immersive — for example, a Star Wars Hotel is being built at Walt Disney World — so this idea really isn’t that far fetched. Plus, the details and imagination that could go into building a real-life Tower of Terror hotel would be incredible.

The lobby could look exactly like it does in the attraction queue: Check-in desk, fireplace, couches, fake cobwebs and all. And of course, Disney would have to build service elevators that Guests would need to board (if they dare) to get to their hotel rooms.

The rooms could look just as you’d imagine. Sticking with the theming of the late ‘30s, Disney could include fringe-decorated furniture, fake cobwebs along the walls, and vintage paintings of the family depicted in the pre-show at Tower of Terror.

I don’t know about you, but I would love for Disney to build a real-life Tower Hotel somewhere on property. I know I would book a stay there as I’d hope to travel to the 5th dimension — Would you?

So what do you think? Would you want to see Disney build a Tower of Terror-themed Resort? Would you stay there? Let us know in the comments below.

Editor’s Note: The opinions expressed in this article do not necessarily reflect Inside the Magic’s views overall.