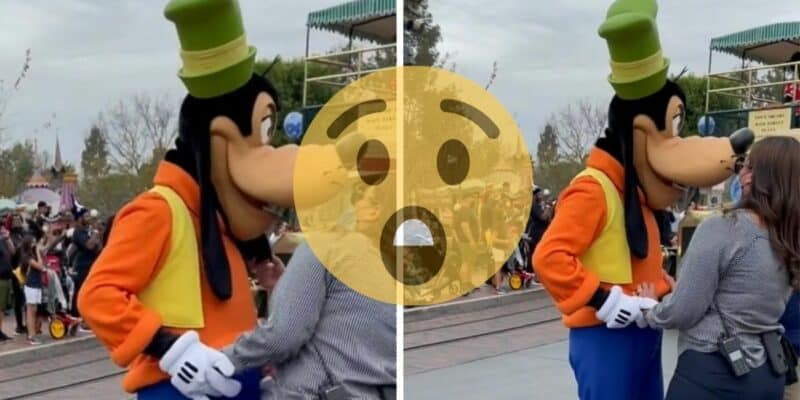 Unfortunately, from time to time, Disney characters experience wardrobe malfunctions or mishaps. We reported on Ariel’s fin getting stuck during a performance of Voyage of The Little Mermaid show at Disney’s Hollywood Studios as well as Mike Wazowski losing an arm during a show in Tomorrowland at Walt Disney World.

Now, it seems that a member of the Fab 5 is now a victim of wardrobe malfunctions.

Related: Mike Wazowski Falls During Disney Meet and Greet, Doesn’t Get Back Up

In a video shared to TikTok, during a parade at a Disney Park, Goofy had to come off to the side as a Cast Member rushed to his assistance due to a wardrobe malfunction. It seems as though his pants may have been falling down, but thanks to the quick and helpful Cast Member, Goofy was able to continue on with the parade within just a few seconds.

Start dreaming as Peter Pan’s flying ship sails by, let Elsa’s delightfully icy wind carry you away, and tremble at the deafening entrance of the fire-breathing dragon!

Have you ever witnessed a wardrobe malfunction at a Disney Park? Let us know in the comments below.

If you want to visit the Disney Parks, such as Disneyland Paris or Walt Disney World on your next family vacation to experience the theme parks, but aren’t sure where to begin planning, then don’t hesitate to reach out to our friends over at the Authorized Disney Vacation Planners at Academy Travel for a free quote.