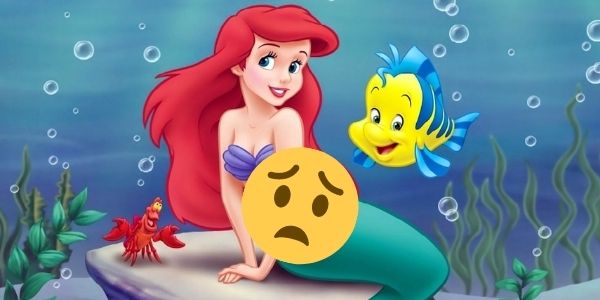 Maybe she should’ve kept her fins!

While visiting Walt Disney World as well as Disneyland Guests are faced with a seemingly endless amount of entertainment options. With classic rides like Space Mountain, Splash Mountain and, “it’s a small world”, Disney Guests have a lot to choose from.

Another aspect of entertainment comes from the selection of shows Disney World offers like Hollywood Studios‘ Fantasmic! and For the First Time in Forever – Frozen Sing-Along Celebration. However, even Disney World shows are not free of mistakes and mishaps from time to time, as seen with this video below at the Disney Park.

In an older recording of the Voyage of The Little Mermaid show at Disney’s Hollywood Studios (the show is currently closed) by Disney Stuff Back Up (@disney_stuffbackup) on TikTok, Ariel can be seen facing a major wardrobe malfunction as her fins appear to get stuck, making her transformation a little less grand for Guests watching. See the full video below:

♬ Part Of Your World (From “The Little Mermaid”) – Just Kids

What is your favorite show at Disney’s Hollywood Studios? Have you ever seen a malfunction like this at the Disney Parks?