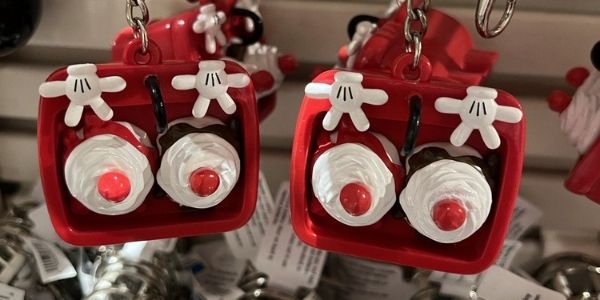 When visiting the Disney Parks and Resorts, you will surely notice the insane amount of things you can buy.

From delicious snacks like the iconic Mickey Bats to cool clothes and limited edition cups and bags for Disney World’s 50th Anniversary, both Disneyland and Walt Disney World both have it all when it comes to enticing souvenirs. However, a few Disney fans recently noticed one piece of Disney merchandise that may have gone a little too far.

Related: Guest Gets Into Fight With “Karen” After Being Smashed By Stroller In Disney

As shown on a Reddit post, one Guest shared an image of a Mickey Mouse cupcake keychain, which upon first glance may be innocent enough. But when taking another look, you may notice what imagery others have started to see. See the post below from u/SeekHunt:

Might wanna reconsider the design of these keychains from WaltDisneyWorld

The original poster claimed you could buy these at Disney’s Grand Floridian Resort & Spa. As you can probably gather from the photo, the keychains look quite similar to a certain part of the female anatomy. In the comments, Disney fans discussed how this must have slipped by to make it into the actual Parks. With Disney being possibly one of the largest companies in the entire world, it is curious as to how this made it past several different design phases as well as marketing departments to ultimately end up for sale in the Resort.

Another user suggested that they did this on purpose to drive more sales out of potential controversy. Another jokingly said the keychains were “tasteless” before saying they were going to buy four.

While slightly inappropriate, these items are fairly innocent and still look pretty good as keychains. We are unsure how they made it past the design phase while being so suggestive, however. For those looking to get them, try to buy them sooner rather than later in case Disney sells out or stops selling them for any reason!

Have you seen these keychains in the Disney Parks? Do you have one? Let us know in the comments below.