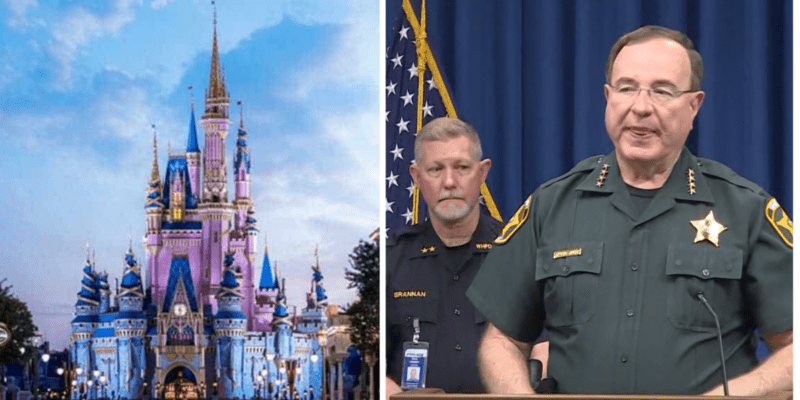 The Polk County Sheriff’s Office announced that it had made more than 100 arrests, including four Walt Disney World employees, during a recent undercover human trafficking operation.

Polk County Sheriff Grady Judd said during a press conference on Wednesday that the agency had made 108 arrests during a sting operation entitled “Operation March Sadness 2” across Central Florida.

The operation, which began on March 8 and lasted a total of six days,  was a multi-law enforcement agency undercover investigation that focused on human trafficking, prostitution, and child predators, the sheriff’s office said in a release.

“The arrests of a human trafficker and four child predators alone makes this whole operation worthwhile,” Judd said in the release. “The on-line prostitution industry enables traffickers and victimizes those who are being trafficked. Our goal is to identify victims, offer them help, and find and arrest those who are profiting from the exploitation of human beings. Johns fuel the trafficking and victimization. Where there is prostitution, there is exploitation, disease, dysfunction, and broken families.”

Xavier Jackson, 27, was arrested after detectives say he communicated with an undercover detective posing as a 14-year-old girl. During the communication, Jackson sent sexual images and graphic descriptions of what he wanted to do. A warrant was obtained for Jackson for Transmission of Material Harmful to a Minor (3-counts, F3) and Unlawful Use of 2-Way Communication Device (F3). Jackson works as a lifeguard at Disney’s Polynesian Village Resort, one of the Disney Deluxe Resort at Walt Disney World Resort.

Related: Guest Tackled and Hit as Intense Brawl Breaks Out at Disney Springs

The Walt Disney Company has not yet issued a statement on these employee arrests but Inside the Magic will be sure to update you on this developing case.

You can watch the full press conference here.