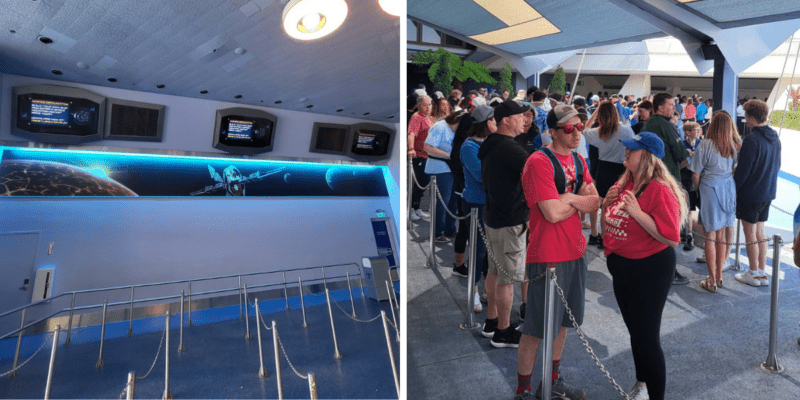 Walt Disney World Resort Guests are still getting the hang of Disney Genie+ and Lightning Lane.

The new services, introduced last year at the Disney Parks, allows Guests to purchase Disney Genie+ for $15.00 per person per day and book reservations to get in the Lightning Lane, which allows them to bypass the standard line queue.

While it seems simple, there have been many nightmare stories from Walt Disney World Resort Guests ranging from app malfunctions that didn’t allow them to book any attractions to not being able to book the attractions they were hoping to get when buying the service to experiencing major waits once they got into the Lightning Lane.

That does not mean, however, that the standby queue somehow has a smaller wait.

Lightning Lane has basically broken Space Mountain. There’s maybe 200 people in Standby, but it is posted at 70 minutes due to massive LL backup. CMs in the queue are confirming that Stand-By guests *will* be waiting 70 minutes. LL is the new Standby.

They built a massive indoor queue (with Play Disney Parks screens) for half a dozen people to stand in it while Lightning Lane backs up. pic.twitter.com/wpDqAq8QWW

As you can see in the photos above, the indoor standby line queue is essentially abandoned, but the user alleges that the ride was still posted as a 70-minute wait and that Disney Cast Members were telling Guests this as they entered the line because of the massive line formed in the Lightning Lane.

Lightning Lane, many on social media say, has become the new standby queue.