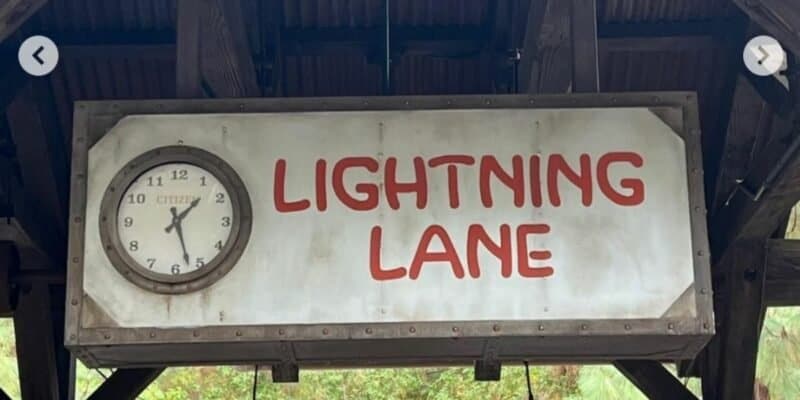 Walt Disney World Resort is known for its iconic attractions and magical experiences.

Just a few months ago, Disney unveiled its new fast pass system dubbed Disney Genie+ and Lightning Lane. Through these services, Disney World Guests can pay extra to book reservations for popular lines. When their reservation time window comes, they are able to go through the Lightning Lane instead of the regular standby line queue.

Some of the most popular attractions– like Frozen Ever After, Remy’s Ratatouille Adventure, Star Wars: Rise of the Resistance, and others– can be purchased a la carte with individual Lightning Lane passes and these prices range depending on the day.

However, the system has not been received well by a large segment of Disney Park Guests.

Reddit User @forlorndragon recently shared a post claiming that they were charged for Lightning Lane passes that they never received.

Husband and I were charged for an lightning lane pass for Frozen Ever After that we didn’t even receive. We tried adding a lightning lane and got to the point where we selected to pay with Apple Pay…2 seconds later we get a screen saying there were no longer any available.

Checked out account four hours later and we had been charged $24 for the “expedited access” we didn’t actually receive.

Has anybody else had this happen? If so, what did you do about it?

@missykins8472 also had a similar issue.

Did you get to ride it? We went to Guest Services when Frozen broke 10 minutes before park close and it never came back up. They said we would get a refund but we didn’t. We did get a refund after we were able to talk to someone.

@shadesofPemb said they eventually had to dispute the charge with their credit card company to get a refund.

I had trouble getting Guest Services to refund a ILL when Remy went down and stayed down for the rest of the day. It is super frustrating that they don’t automatically refund your money when something like that happens! Anyway, I got tired of waiting for Disney to try to sort it out and I disputed the credit card charge and got an instant refund.

@johnnykbr said they faced miscommunication between the app and Disney Cast Members.

The app is horrible. Rise went down during our ILL and the CMs kept saying we could wait or go use a complimentary Genie+ ride anywhere. The problem is some CMs said it was in place of the ILL and others said we would still have our ILL if we used it. We decided to wait and some people came back and were told because they used the Genie+ offer the ILL was now invalid. After an hour, they kicked us out saying it would be down for a couple more hours. About 30 after everyone is out of line they opened the ropes and there was a made dash because the ride was up.

When it comes to Lightning Lane and Disney Genie, we have seen a handful of malfunctions due to the app system. Because of this, mishaps can occur, but they are also easily fixable. If you ever order a Lightning Lane and do not see it show up on the My Disney Experience app, you can ask any Guest Service Cast Member for assistance. They can be found at the front of each Park, as well as in blue and under a blue umbrella throughout each Park.