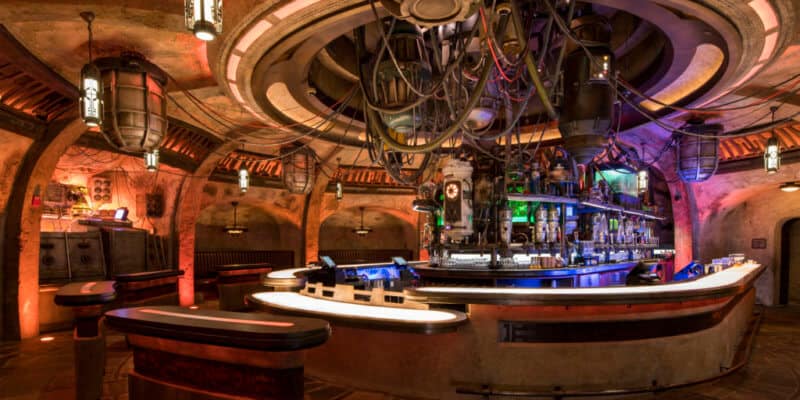 When visiting any of the Disney Parks and Resorts right now, you may notice how technologically sophisticated they are, with Star Wars: Galaxy’s Edge being a prime example.

Related: Guest Stunned After Finding $100 Bill Thrown Away In Disney

Featuring rides like Rise of the Resistance and Millenium Falcon: Smuggler’s Run, Galaxy’s Edge in Disney;’s Hollywood Studios is a hot spot for Guests wanting an immersive experience. However, as Disney’s rides, animatronics, and interactive experiences get better and more immersive, they also get more complex, meaning the possibility of technical issues increases as well.

We have covered these issues recently as it seems more and more Guests are experiencing ride breakdowns as of late. Some of this could be due in part to the ongoing COVID-19 pandemic that has affected the Disney Parks greatly but some attribute it to Disney being cheap.

In a recent post on Reddit, one Guest detailed their disappointing experience while attempting to use Disney Geneie+ and Lightning Lane after several rides broke down. In the post, the Guest says they were in line for Rise of the Resistance when it broke down. Cast Members issued them free Lightning Lane passes which they used on Pirates of the Caribbean, Big Thunder Mountain, and Indiana Jones Adventure, all of which broke down.

The Guest also talks about how they asked the Cast Members if they could get Lightning Lane passes for the next day, as it was their last but they said it was “impossible” and to “take it or leave it”.

Those in the comments shared their opinions and experiences regarding this topic, with some even attriutng this issue to Disney being cheap with its maintenance. Lots of users also talked about their own frustrating experiences with rides being broken down all day long in the Parks.

Disney Genie+ and Lightning Lane were released last year to much criticism and frustration, leaving many Guests feeling confused by the service. In theory, this paid service should enhance Guests’ experience at the Parks, but in practice, it seemed to just be an expensive itinerary planner for some. These paid services allow Guests to skip lines for a price, meaning Disney now has a financial incentive to have long lines. At Disney World, for $15.00 per day per Guest, you can skip the long standby queue by making a Lightning Lane reservation (new FastPass) and returning at that time.

Disney’s Rise of the Resistance is an ultra-immersive ride that takes Guests on an out-of-this-world adventure with their favorite Star Wars characters like Rey, Kylo Ren, and Finn. Because of the complex nature and the high demand for this attraction, the ride sees breakdowns at least every few days. We have covered issues with this ride in the past and can only hope Disney will one day work out the kinks. More on the attraction below:

How to Experience It

Calling all members of the Resistance! As of now, Guests are no longer required to join a virtual queue to access Star Wars: Rise of the Resistance. Instead, Guests may either wait in a traditional standby queue or purchase individual Lightning Laneentry to experience the attraction. Individual purchases of Lightning Lane attraction entry are only available through the Disneyland app after you’ve entered the park.

You’ll need to have park tickets linked to your Disney account and applicable theme park reservations. In order to give as many Guests as possible the opportunity to join the Resistance, each Guest may purchase an individual Lightning Lane entry arrival window to experience this attraction no more than once per day.

Lightning Lane entry arrival windows for this attraction are limited in availability, subject to change or closure, may vary by date, and are not guaranteed.

Have you experienced a lot of ride breakdowns recently? Let us know in the comments below.